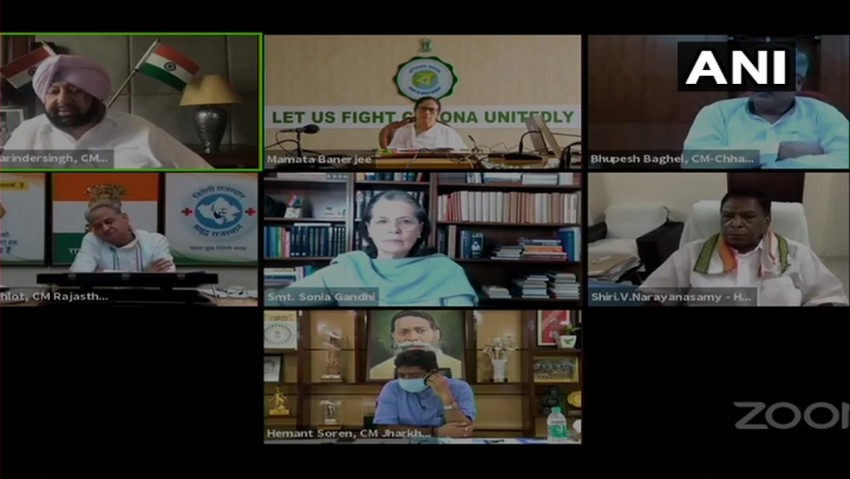 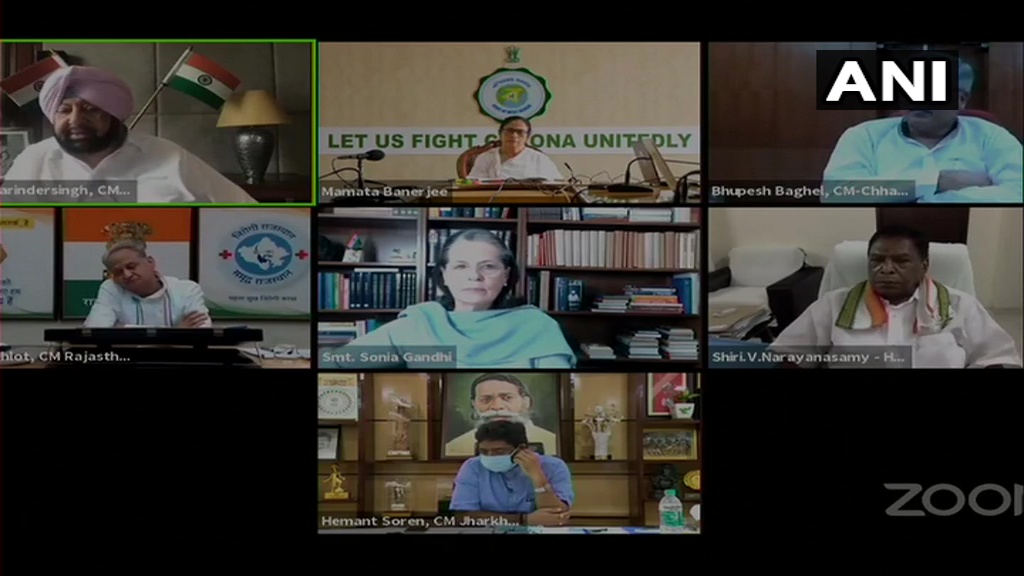 In a crucial meet of chief ministers belonging to opposition parties on Wednesday, West Bengal CM Mamata Banerjee urged all the heads of states to together move Supreme Court to postpone NEET, JEE examinations saying students were not prepared.

"The exams are in September. Why should the lives of students be put at risk? We have written to the PM, but there has been no response," Banerjee said in the meeting of opposition CMs called by Congress interim president Sonia Gandhi.

Backing Banerjee, Gandhi said, "Students' problems and exam  issues were being dealt with uncaringly by the Centre."

In the meeting, Gandhi also discussed the Narendra Modi-led government's refusal to compensate states on GST. "It is nothing short of betrayal by Modi government to states and their people," Gandhi said.

"The National Education Policy a setback to secular and scientific values and reveals insensitivity of the government," she further said.

"State governments have been 'bulldozed' by Centre in the name of cooperative federalism. We are fighting the battle, Banerjee said at the meeting of opposition CMs called by Congress chief Sonia Gandhi. Similar views were echoed by Jharkhand CM Hemant Soren, who said, "The ruling party is using agencies against the opposition and undermining the federal structure."

Sonia Gandhi on Tuesday reached out to the chief ministers of West Bengal, Maharashtra and Jharkhand on the issue of compensation to states and held a virtual meeting with them for evolving a collective stand at the August 27 GST Council meeting.

The GST Council would be meeting on August 27 to discuss the issue of grant of compensation to states for the loss of revenue due to the COVID-19 pandemic.

Finance ministers of all states are part of the GST Council, where the opposition chief ministers are expected to jointly demand from the government grant of 14 per cent GST compensation to them.