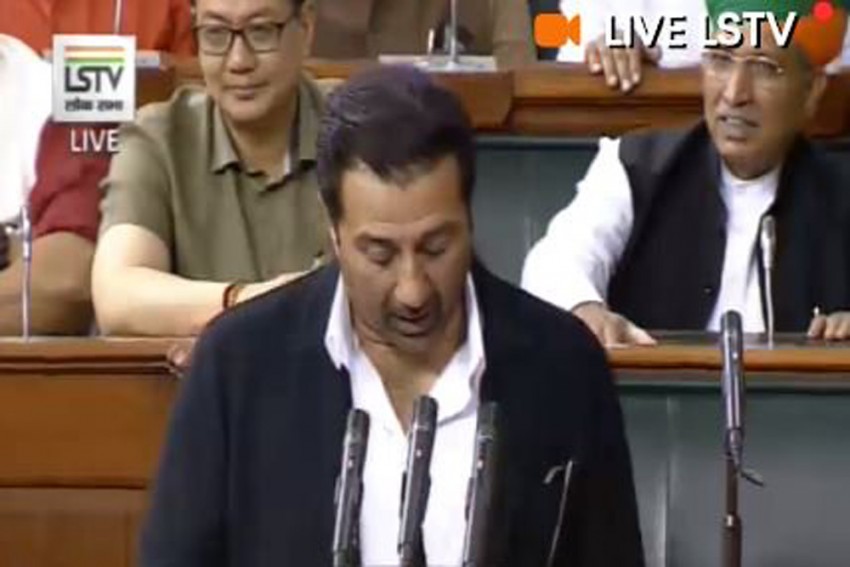 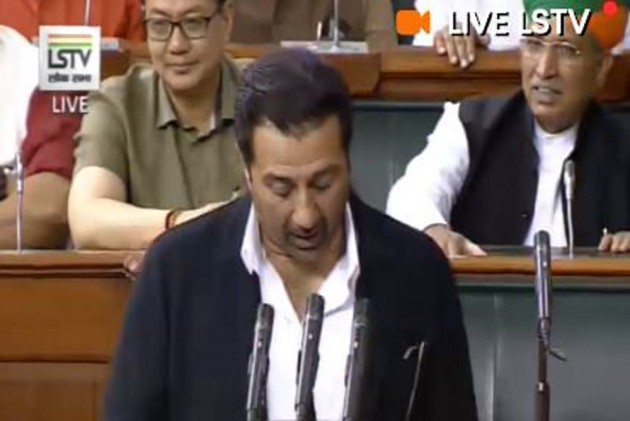 Dressed in jeans, white shirt and a blazer, Deol took oath in English amid cheers from the treasury benches.

There was some banter between Mann and members of treasury benches after he ended his oath with the slogan 'Inqalab Zindabad'.

Kaur, who is the wife of Punjab Chief Minister Amarinder Singh, had bandage on her forehead.