Five people died on the spot while one succumbed to injuries in the hospital. One person has been seriously injured in the mishap. 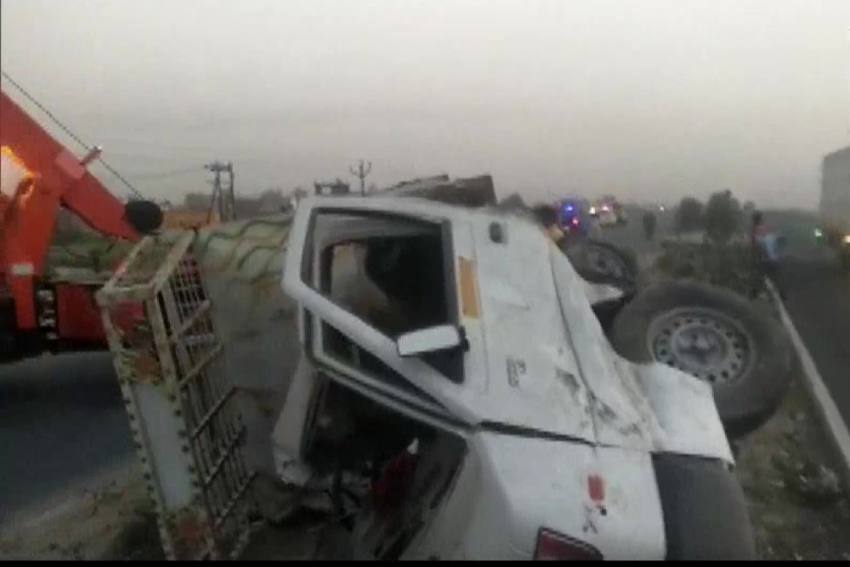 The white mini truck in which the farmers were travelling. (ANI)
Outlook Web Bureau May 20, 2020 00:00 IST Six Farmers Killed, 1 Injured As Mini-truck Collides With Truck In UP's Etawah 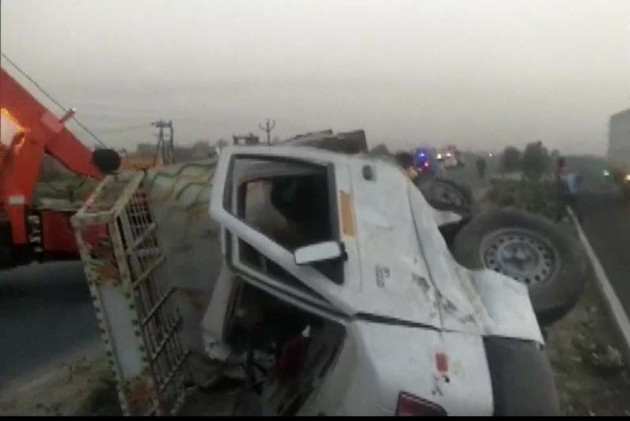 Six farmers were killed and one sustained injuries after the mini-truck they were travelling in collided with another speeding truck on National Highway 2 in Friends Colony area of Etawah district, Uttar Pradesh. The incident occurred in the early hours of Wednesday.

Five people died on the spot while one succumbed to injuries in the hospital. One person has been seriously injured in the mishap.

SSP Etawah Akash Tomar reached the site upon receiving the information about the accident and shifted the injured to the mini-PGI in Sefai.

"The bodies are being sent for post mortem and further investigations are on," the SSP said.

Uttar Pradesh Chief Minister Yogi Adityanath has expressed grief over the incident and announced a compensation of Rs 2 lakh each for the kin of the deceased and Rs 50,000 for the injured farmer.

Uttar Pradesh has seen a rise in the road mishaps involving migrant workers and farmers over the past two weeks.

Three migrant labourers were killed and over 12 were injured in road mishap on Monday night in Uttar Pradesh's Mahoba district, police said.

A DCM carrying 17 people overturned due to tyre burst on Jhansi-Mirzapur highway, they said.