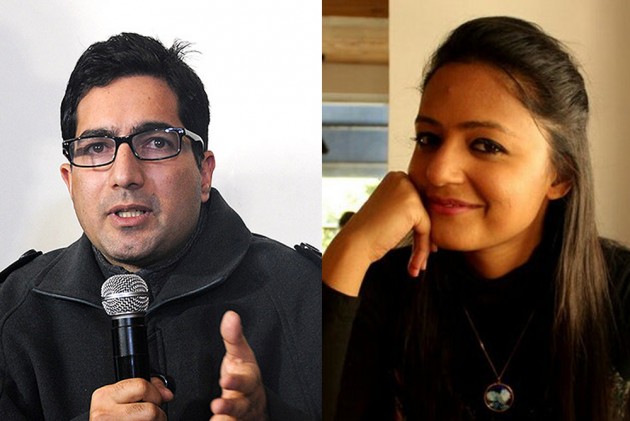 IAS officer-turned-politician Shah Faesal who quit the service earlier this year is all set to launch his new political party in Kashmir on Sunday which will contest in the upcoming Lok Sabha elections.

"The party is looking forward to contesting the Parliamentary elections," said Faesal, clearing the air of speculation surrounding the former IAS topper's next move in the politics of the militancy-hit state.

Not An Alternative, I See Myself As Addition To Existing Politics: Shah Faesal

Faesal has earlier described himself as an "addition" to the existing politics, and "not an alternative".

When asked whether student leader Shehla Rashid's is working with his party, he said "she can answer that"

Sources, however, said that Rashid will join the party on Sunday but there is no clarity on whether the party will field her as a candidate in the Lok Sabha elections.

The Election Commission while announcing the poll schedule on Sunday had said that Assembly elections will not be conducted in the Jammu and Kashmir, even as it announced the dates for parliamentary elections for six seats in the state.

Faesal became an overnight sensation in the Valley in 2010 when he was declared as the topper of the prestigious All India Services examination of the UPSC.

After his resignation from government service, there was speculation that Faesal will join the Farooq Abdullah-led National Conference even as he said he would like to join a political party that would respect his freedom of speech.

Later, however, he declared that he will not join any existing political party in the state.

Former Jammu and Kashmir Chief Minister Omar Abdullah had described Faesal’s resignation as “bureaucracy’s loss” and moderate separatist leader Mirwaiz Umar Farooq, in contrast, asked the IAS topper to join separatist politics. Mirwaiz had said that since Faesal has resigned to “protest unabated killing of Kashmiris” he hopes his outrage over killings and his sentiment that Kashmiri Lives Matter guide his choice of politics.

However, Faesal had earlier said that he wouldn’t be joining the separatist politics as he was a man from the system and would be happy to change things by being in the system. Hurriyat, he said, doesn’t give him an opportunity as they don’t believe in electoral politics.