Home  »  Website  »  National  »  Will Join A Political Party That Respects My Freedom Of Speech: Faseal

Will Join A Political Party That Respects My Freedom Of Speech: Faseal

In 2010, Faesal created a history by becoming first person from J&K to become a toper in the civil services exam. 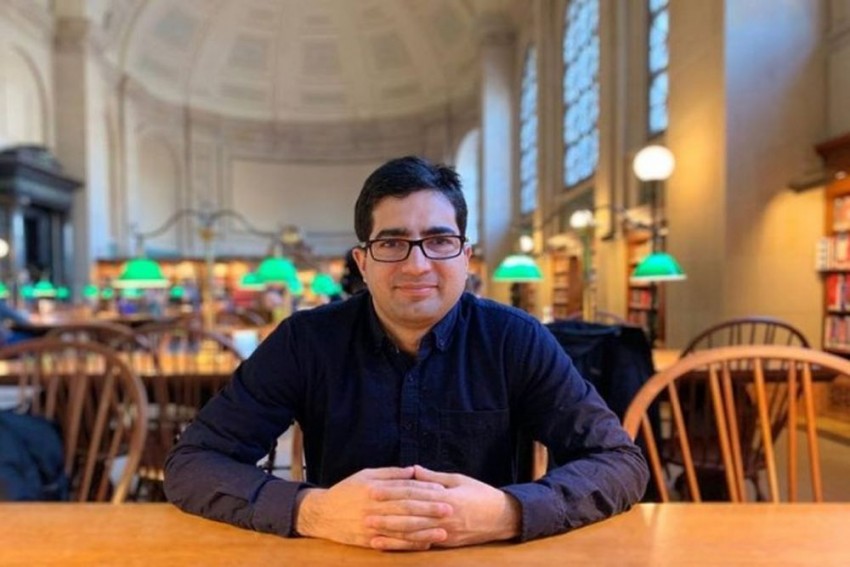 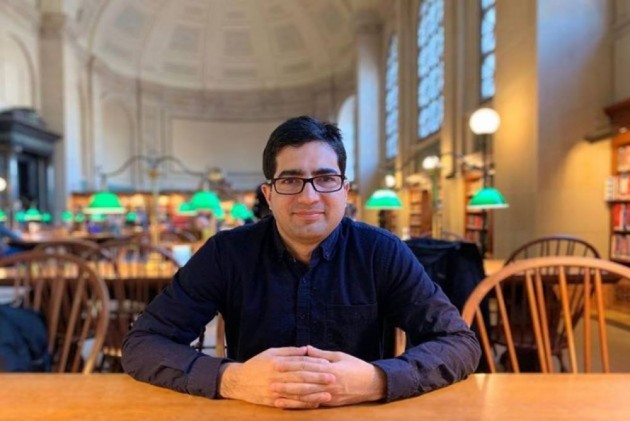 Speaking to Outlook, Faseal said he would join a political party that would respect his freedom of speech.

Faesal’s colleagues say his decision to join politics would redefine State bureaucracy in the restive region. “It is an indictment of bureaucracy. Every sane person wants to run away from here. But it is also an opportunity for a political party he joins in to open up space for him,” said an officer.

“When he tried to bring educational reforms in education sector as Director Education Kashmir, he was removed. He tried to streamline Jammu and Kashmir Power Development Corporation and he was not given enough room to do so. I think a lot many things happened that forced him to take this decision,” he says.

Many of Faesal’s colleagues say he is a youth icon who inspired thousands of Kashmiri youth to pursue civil services, which was unknown terrain for Kashmiri youngsters. An official who is associated with Faesal said the IAS officer was the one who galvanized several youths for the civil services and “we hope he would continue to inspire youth while being in the politics and that is the hope we have.”

In 2010, Faesal created a history by becoming first person from J&K to become a toper in the civil services exam.  Faesal, who had MBBS from Government Medical College Srinagar, cleared the examination in his first attempt. In 1982, Khurshid Ahmad Ganai from valley was second topper in UPSC. Ganai is presently Advisor to Governor Satya Pal Malik.

Born in 1983, in Sogam village of Lolab Valley in frontier Kupwara district, Faesal is eldest child of Shah Ghulam Rasool. His father Shah Ghulam Rasool was working as government teacher. Faesal studied in government school Sogam along with younger brother Shahnawaz and his sister Shah Tilat.

After passing matric his father enrolled him in the  Tyndyle Biscoe school, one of the top Christian missionary schools in Kashmir. He got distinction in higher secondary part I and II. He went on to study medicine after qualifying MBBS entrance examination in 2002. Same year his father Shah Ghulam Rasool was killed by suspected militants. That time Faesal was in Srinagar preparing for exams.

Some of his colleagues say as Director Education Kashmir in the PDP-BJP government his hands were tied when he tried to reform educational system in the Valley. “I think it changed him and he realized as an officer you cannot do much,” says an official.

His last posting was MD J&K State Power Development Corporation.  He received 2018 Fulbright-Nehru Master’s Fellowship at Harvard Kennedy School. At Harvard he met Kashmir columnist Mehboob Makhdomi and they jointly wrote an article for the Indian Express titled “A paradox in the Valley”. Later Faesal said about Mehboob Makhdomi that “Till recently I didn't like Mehboob Makhdoomi and he didn't like me. In Kashmir, we don’t need reasons to like or dislike people. So that's how it was with us. But then one day out of nowhere we had a conversation about Kashmir. This article is a result of that conversation.

Our paths are different. We still don't agree with each other on many things. But that doesn't mean we don’t talk. Politics will go on. Kashmir is need to talk to one another, meanwhile.”

Faesal returned only last week from Harvard and this week he resigned from the service.

Faesal says for him job was as means to support and help people and this help can be rendered through many ways. He said the situation he saw in the country and in Jammu and Kashmir like killings in the Valley, marginalization of Indian Muslims, rise of cow vigilantism, curbs on freedom of expression and speech made him to take a decision. He says he is someone who is very outspoken and this was the time to speak openly about it. He says he thought he will speak for people and also He will work for people and that is the reason why he think politics is a very good option for him.

He said he would like to join a political party that would respect his freedom of speech.

BJP Responds To Rahul Gandhi's 'Be A Man' Remark With #MisogynistRahul