Recently, Telangana witnessed its first gay wedding. With Shaadi.com announcing its willingness to enter the LGBTQIA matrimonial market, many on social media have once again sought the legalisation of same-sex marriage.

Since the Supreme Court decriminalised Section 377 of the Indian penal code that made homosexual sex a criminal offence, many from the country's LGBTQIA community have demanded the legalisation gay marriages. But despite a rise in instances of gay marriage and vocal support for the institution, not much in the form of legal reforms or facilities for the LGBTQIA community have surfaced. A popular matrimony site's plans to enter the LGBTQIA market seems to have revived the conversation once again.

Matchmaking site Shaadi.com has set high hopes for 2022 by announcing its plans to launch services and products aimed at the LGBTQIA community. According to reports, the matchmaking platform aims to launch two new services next year. And it may be looking to venture into the LGBTQIA matchmaking sector as well.

Speaking to Business Insider, the platform's founder and CEO Anupam Mittal said that the company was planning to launch something unique in the coming month. “We see ourselves as a platform for companionship and matchmaking…That could mean for different markets, different regions, different countries, different sexes. We don’t have a problem with that," Mittal told BI.

The development comes amid a rise in reported instances of gay weddings in India where same-sex weddings do not have legal recognition.

Heterosexuals! See where you have brought us to! I am also curious to see if @ShaadiDotCom will petition to make same-sex marriage legal in the court. https://t.co/woYwGDQgDN

The announcement has led to curiosity and questions from the LGBTQIA community on social media about how the services will work and whether Shaadi.com will also be petitioning to make gay weddings legal in India.

The announcement came even as photos of a "wedding ceremony" featuring a beaming gay couple from Hyderabad went viral. The duo, Supriyo Chakraborty and Abhay Dang, got married in a private ceremony, replete with varmala and wedding sherwani. The event was attended by the couple's friends and family.

Gay couple from Hyderabad ties the knot at a ceremony attended by their family and close friends. Ceremony saw Bengali n Punjabi wedding rituals as Supriyo,a senior faculty member at a prominent hotel management institute,is from Kolkata, and Abhay,an MNC employee, is from Delhi. pic.twitter.com/CR16oO4U8x

The wedding is being dubbed as the first gay wedding in Telangana and comes at a time of a growing chorus for legalising gay weddings. As of now, at least eight petitioners have filed PILs in the Delhi High Court regarding the legalisation of same-sex weddings. Earlier this month, however, a plea in the Delhi HC sought to make gay weddings illegal under the Hindu Marriages Act as it claimed such acts amounted to an "intrusion into the religious rights of Hindus".

While Shaadi.com may be the first mainstream matchmaking website to think of venturing into the queer matrimonial market, several niche platforms have already been providing matchmaking services to the LGBTQIA community. In 2015, social entrepreneur Urvi Shah, founded the 'International Marriage Bureau for Gays and Lesbians', a platform that provided matchmaking services to the queer community in India at a time when consensual homosexual acts of sexual intercourse were not legal. 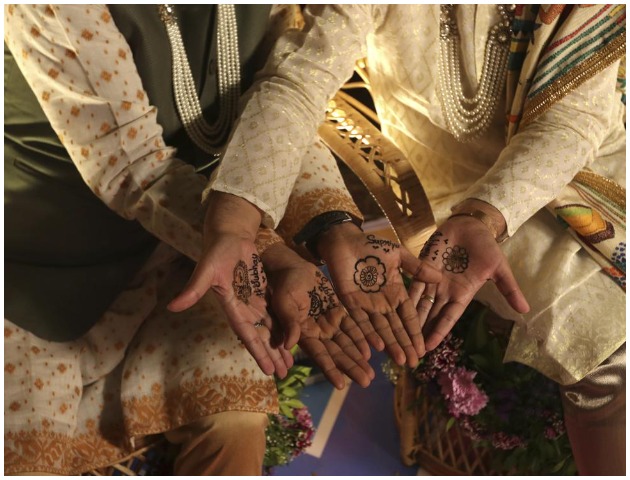 In 2018, Mumbai-based entrepreneur Swapnil Kadam expanded his 'Soul Mates' matrimonial and matchmaking app to include LGBTQIA unions after the SC decriminalised Section 377. He was even offering the services to the community for free in the hopes of paving the way for higher inclusivity when it came to accepting non-binary unions and love beyond gender normative cishet relationships.

Same-sex weddings are also a great opportunity for companies to cash in on the highly lucrative LGBTQIA wedding industry which rakes in billions of dollars globally. A 2020 study in the United States found that since the legalisation of gay weddings and unions in 2015, same-sex weddings have given a 3.8 billion dollar boost to state and local economies in the country.