P Chidambaram was arrested on August 21 night from his Jor Bagh residence by the CBI in the corruption case and was produced before a trial court on August 22. 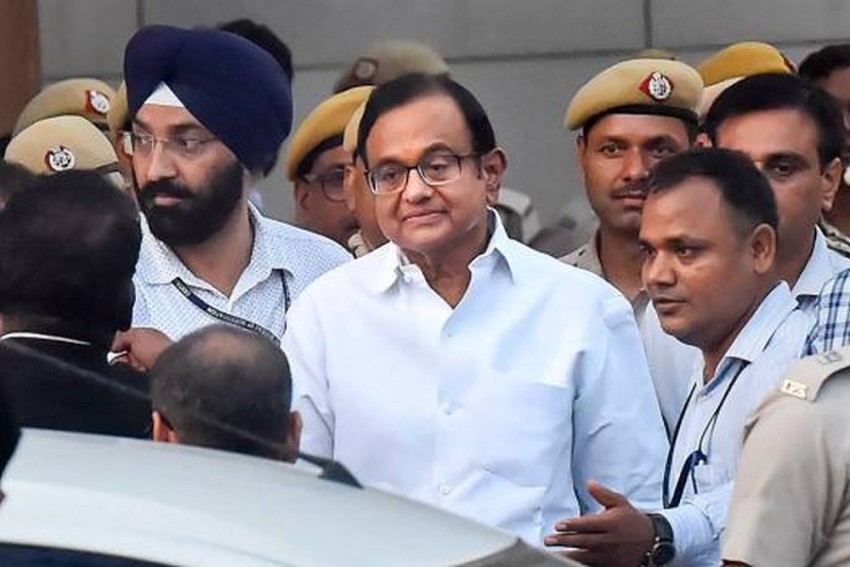 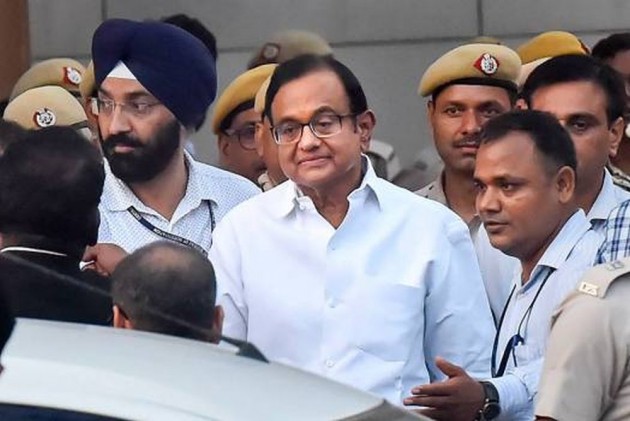 The Supreme Court on Monday refused to entertain Congress leader P Chidambaram's plea challenging the dismissal of his anticipatory bail in a corruption case lodged by the CBI in the INX media scam.

The apex court said his petition has become infructuous as Chidambaram has already been arrested by the CBI.

A bench comprising justices R Banumathi and A S Bopanna said Chidambaram is at liberty to seek remedy in accordance with the law.

Chidambaram, whose CBI custody is ending today, will be produced before a trial court where the agency can further seek his custody.

At present the apex court bench is hearing issues relating to the money laundering case lodged by the ED in connection with the INX media scam in which Chidambaram was granted protection from arrest till Monday.

Earlier, Chidambaram moved the Supreme Court, saying his plea challenging the trial court's order remanding him to CBI custody in the INX Media case has not been listed for hearing on Monday despite the apex court's direction on August 23.

The bench told Sibal that Chidambaram's plea will be listed for hearing after the registry gets necessary orders from CJI Ranjan Gogoi.

"The registry has some difficulty and we have to take orders from the Chief Justice," the bench told Sibal.

On Friday, the apex court had granted protection from arrest till Monday to Chidambaram in the money-laundering case lodged by the Enforcement Directorate.

The court has sought replies from ED on Chidambaram's plea and directed that all the three matters should be listed on Monday.

Chidambaram has contended that it is violation of his fundamental right under Article 21 of the Constitution, that his petition challenging the high court order was not heard by the apex court on July 20 and 21 and he was arrested on the August 21 night.

Solicitor General Tushar Mehta, appearing for ED, had said that lot of "hue and cry" and "political vendetta" is alleged by the petitioner (Chidambaram) and his party colleagues but "I am saying with a great sense of responsibility that this is a case of money laundering of a monumental magnitude".

"CBI has recorded statement of Indrani Mukherjea, which will be tested in the trial, that she and her husband Peter had gone to Chidambaram for FIPB approval and he (Chidambaram) had asked them to take care of his son," Mehta had argued.

The CBI had registered an FIR on May 15, 2017, alleging irregularities in the Foreign Investment Promotion Board clearances granted to the INX Media group for receiving overseas funds of Rs 305 crore in 2007 during Chidambaram's tenure as finance minister.

Thereafter, the ED lodged a money-laundering case in 2017.

Chidambaram was arrested on August 21 night from his Jor Bagh residence by the CBI in the corruption case and was produced before a trial court on August 22, which remanded him to four-day CBI custody till August 26.