A vacation bench comprising Justices Deepak Gupta and Surya Kant asked the poll body to file its reply by Monday and listed the matter for a hearing on Tuesday. 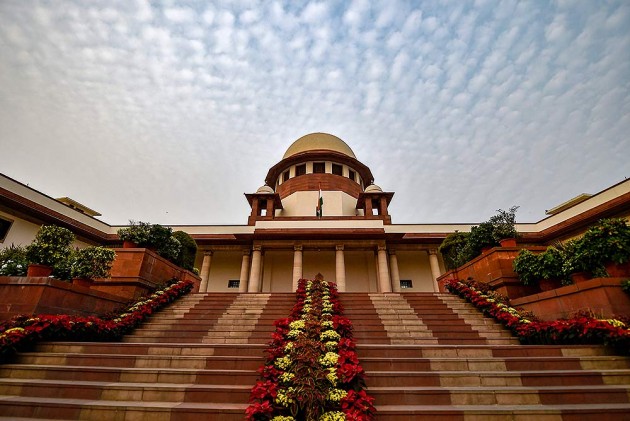 The Supreme Court on Wednesday sought a reply from the Election Commission of Indian (ECI) on Gujarat Congress' petition seeking simultaneous elections to the two Rajya Sabha seats in the state.

A vacation bench comprising Justices Deepak Gupta and Surya Kant asked the poll body to file its response by Monday and listed the matter for a hearing on Tuesday.

Opposing the plea, the EC counsel argued: "This is the first time that Article 32, the citizen right to directly invoke the jurisdiction of the Supreme Court for the violation of its fundamental rights, has been invoked before the apex court."

The court, however, clarified that there was merit in the plea filed by Pareshbhai Dhanani, Congress MLA from Amreli and Leader of Opposition in the state Assembly.

In his plea, Dhanani opposed the EC's decision to conduct separate bypolls to the two Rajya Sabha seats. Filed through advocate Varun K. Chopra, the petition sought an early hearing on the matter as the elections for the two seats were scheduled for July 5.

In the 182-member Gujarat Assembly, the Bharatiya Janata Party (BJP) has 100 MLAs, Congress has 71 while seven seats are vacant.

"Separate elections for the two Rajya Sabha seats in Gujarat would upset the scheme of proportional representation as mandated under the Representation of People's Act (RPA), 1951," said the petition.

It also contended that the representatives of each state in the Council of States (Rajya Sabha) shall be picked by the elected members from the Legislative Assembly of the state "in accordance with the system of proportional representation by means of a single transferable vote."

The petition said the basic principle, both under the Constitution and the RPA, was that the elections be held together so that the system of proportional representation by means of the single transferable vote can be applied.

Dhanani urged the apex court to quash the poll panel order and declare it "unconstitutional, arbitrary and illegal."

The poll panel shall not exercise a free hand on the issue, specifically with respect to vacancies in the Rajya Sabha, urged the petition, claiming that if separate elections were held, it would result in actual abuse of power, as the party in the majority would make arrangements to achieve the maximum seats.