The list was signed by SP general secretary Ram Gopal Yadav. The party left Mainpuri, described as its "safest" seat, for Mulayam Yadav, who is the MP from Azamgarh right now. 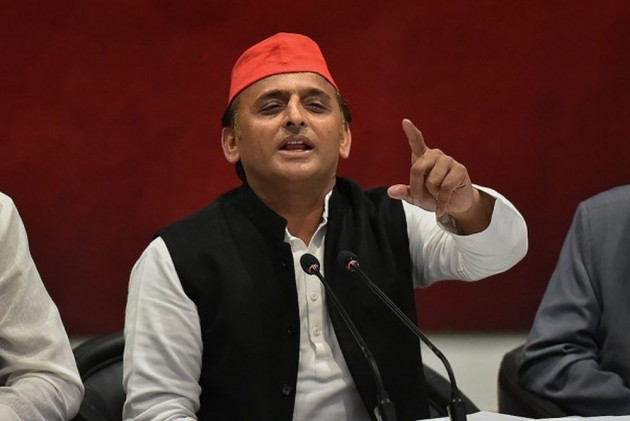 The Samajwadi Party on Friday released its first list of nine candidates for the Lok Sabha polls in Uttar Pradesh, fielding party founder Mulayam Singh Yadav from its stronghold Mainpuri.

The party later announced that SP chief Akhilesh Yadav's wife, Dimple Yadav, would contest from Kannauj, where she is the sitting MP.

The party has decided to field MPs Dharmendra Yadav and Akshay Yadav from the current seats of Badaun and Firozabad respectively. Incidentally, the Congress had on Thursday announced Saleem Iqbal Shervani as its candidate from Badaun.

The list was signed by SP general secretary Ram Gopal Yadav. The party left Mainpuri, described as its "safest" seat, for Mulayam Yadav, who is the MP from Azamgarh right now.

The former chief minister represented Mainpuri in the Lok Sabha in 1996, 2004 and 2009. In the 2014 general election, the SP patriarch had contested from Azamgarh and Mainpuri and won both. In Mainpuri, his victory margin was a massive 3.64-lakh votes.

The other SP candidates are: Kamlesh Katheria (Etawah), Bhailal Kol (Robertsganj) and Shabbir Valmiki (Bahraich). It announced the names of Usha Verma and Pruvi Verma from Hardoi and Kheri seats respectively.

Akhilesh Yadav also posted a photo with the women candidates on Twitter on the occasion of International Women's Day.