Home  »  Website  »  National  »  RJD Candidates To Be Decided By Parliamentary Board With Lalu's Approval: Tejashwi Yadav

RJD Candidates To Be Decided By Parliamentary Board With Lalu's Approval: Tejashwi Yadav

Prasad's wife and former chief minister Rabri Devi, who is RJD vice-president, also made an apparent bid at damage control as she summoned at her residence Bhai Virendra, an MLA, who said he is ready to contest from Pataliputra. 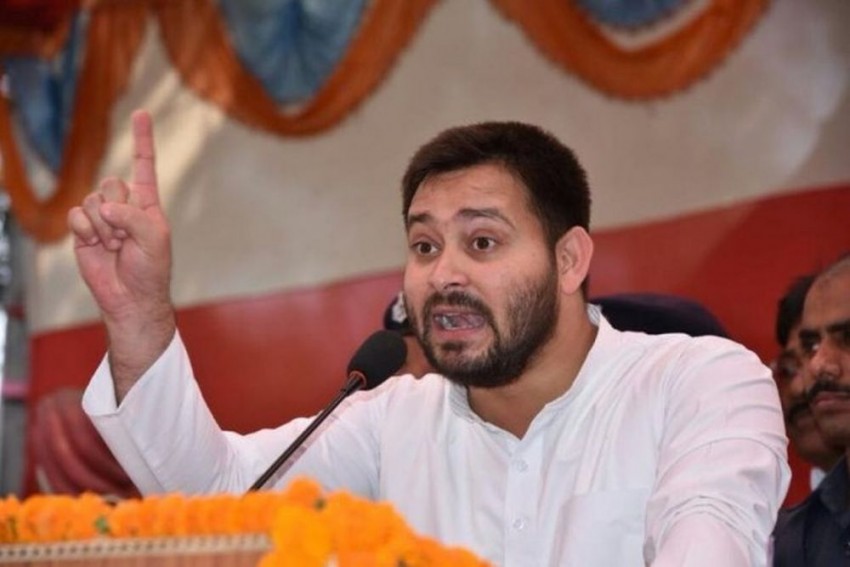 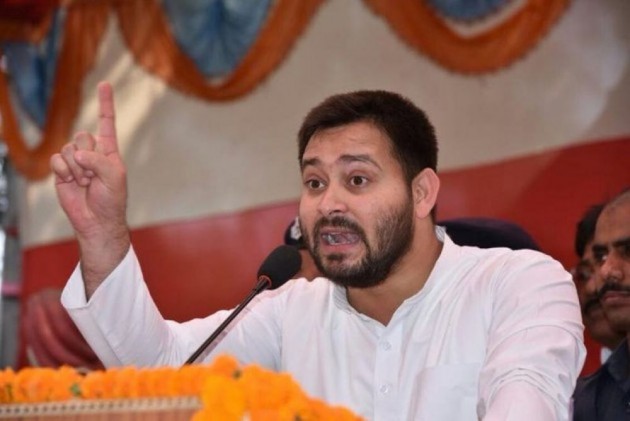 Countering RJD leader Tej Pratap Yadav's statement claiming his sister Misa Bharti's candidature from the Pataliputra Lok Sabha seat,  their younger brother Tejashwi Yadav Friday made it clear that the party's candidates will be decided by its parliamentary board with the approval of its president and their father Lalu Prasad Yadav

Tejashwi Yadav is the Leader of Opposition in the state assembly and the party's chief ministerial candidate for the next assembly polls.

He sought to distance himself from the stand taken by his mercurial elder brother saying, "In a democracy all people have the right to say all sorts of things which need not have a bearing on party decisions."

Prasad's wife and former chief minister Rabri Devi, who is RJD vice-president, also made an apparent bid at damage control as she summoned at her residence Bhai Virendra, an MLA, who said he is ready to contest from Pataliputra.

Tej Pratap, however, appeared to be in the mood for a climb down saying he had "merely expressed my appreciation for my sister who is a hard-working woman party activist".

Deputy Chief Minister and senior BJP leader Sushil Kumar Modi took a swipe at the development in what his party refers to as the "first family of the RJD".

Tejashwi Yadav, a former deputy chief minister, expressed his views when he was approached by journalists at the airport here upon his arrival from Delhi.

"Candidates will be decided only by the parliamentary board with approval from our national president," he said.

He had on Saturday last visited his ailing father in Ranchi, where Prasad is serving sentences in fodder scam cases.

While it was not clear what discussions Rabri Devi held with Virendra, the latter emerged from her bungalow and told reporters that "all is well".

"I do not mind what kids say. Lalu is our supreme leader. If he asks me to fight from Pataliputra I will do so. If he approves the candidature of someone else, I would still leave no stone unturned in ensuring the victory of the grand alliance," he said.

Virendra is the MLA of Maner which falls under the Pataliputra Lok Sabha constituency.

When journalists had pointed out to Tej Pratap Yadav on Thursday that Virendra had expressed his wish to fight from Pataliputra, the temperamental leader said, "What is his stature? Only Misa didi will fight from there."

He also held a roadshow in favour of his eldest sister.

Both Lalu and Misa Bharti have unsuccessfully contested from Pataliputra in 2009 and 2014 Lok Sabha polls. The RJD supremo is disqualified from contesting elections on account of convictions in fodder scam cases.

Virendra, who is also the RJD's chief state spokesman, is said to be close to Tejashwi whose growing clout is rumoured to have left his elder siblings uneasy.

At his daily Janta Durbar here, Tej Pratap on Friday, however, said, "I had merely expressed my support and appreciation of Misa didi who is working hard in the area despite the constraints she faces as a woman. Of course, Lalu is going to decide who will be contesting on party tickets."

Meanwhile, Sushil Modi, a vocal critic of Lalu Prasad and his family, tweeted: "The NDA amicably decided its seat- sharing formula in Bihar long back while the Grand Alliance led by dynastic parties like the Congress and the RJD is in turmoil. In the RJD, nobody knows who will decide on candidates - Lalu, Tejashwi or Tej Pratap. They have reduced their parliamentary board to a rubber stamp."
PTI