The importance of Bijoy Mohapatra for BJP can be gauged from the fact that party president Amit Shah, secretary (organisation) Ramlal, Odisha prabhari Arun Singh and vice president Baijayant Panda were all working overtime for last few days to woo him back to the party. 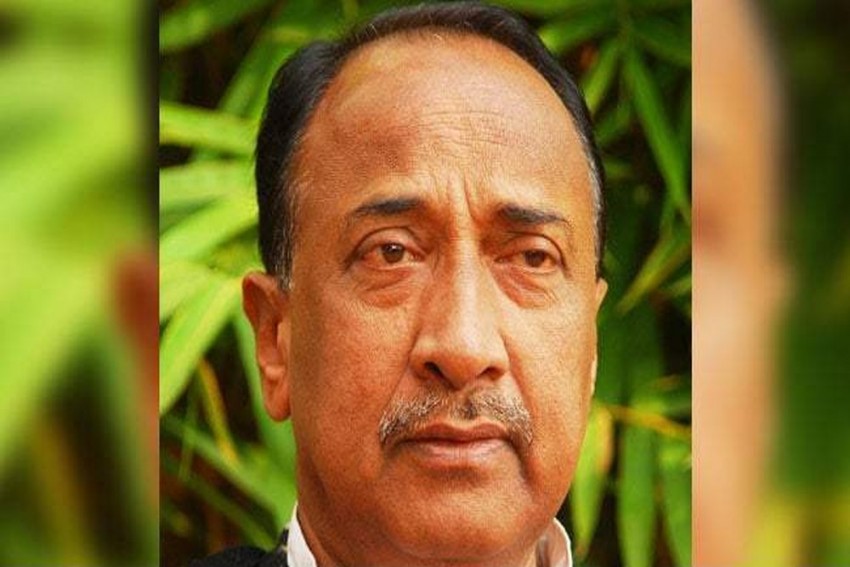 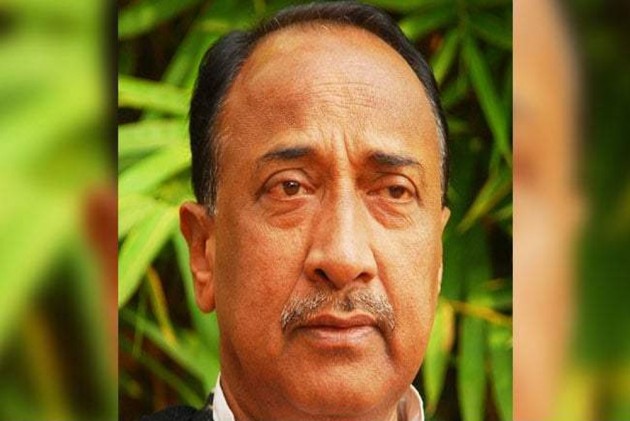 The return of senior leader Bijoy Mohapatra was just the kind of tonic that the BJP needed ahead of the elections. Mohapatra, who had quit the party along with his close associate and former Union minister Dilip Ray on November 30 last after being sidelined for years, announced on Thursday morning that he had left the past behind and had decided to work for the ‘change’ that Odisha needs at this juncture.

The importance of Mohapatra for BJP can be gauged from the fact that party President Amit Shah, secretary (organisation) Ramlal, Odisha prabhari Arun Singh and vice president Baijayant Panda were all working overtime over the last few days to woo him back to the fold. This morning, Singh and Panda went to his house and had a long chat with him before emerging together to announce Mohapatra’s return to the party fold.

It was, however, not exactly a ‘homecoming’ for the senior leader since Arun Singh had kept insisting all through that his resignation had not been accepted, leaving little doubt that the BJP did not want to lose the services of an important leader on the eve of a crucial election. Having been tricked out of a ticket by Naveen Patnaik in the 2000 election, Mohapatra has been a one-man army against the BJD supremo and Chief Minister for 19 years now even though he has not been able to win any election since then.

There are not too many politicians in Odisha who can gather the entire media at their residence when they speak without being a minister/MLA or holding any senior post in a party. Why, the media has lapped up every word of his even when he has not been affiliated to any party! This is because his interventions are always sharp, shorn of political rhetoric and backed with impeccable facts. While many others who fought with Naveen in the past have later joined him, their tails firmly between legs, Mohapatra has been the only leader who has remained consistently and implacably opposed to him.

More than the BJP, however, it would be a huge shot in the arm for Baijayant ‘Jay’ Panda, who has been fielded as the BJP candidate in the Kendrapara Lok Sabha seat, which he represented as a BJD MP last time. Mohapatra has a solid support base in the district that has stuck to him through thick and thin. If he, as is being speculated, contests from his old Assembly constituency of Patkura, which is part of the Kendrapara Lok Sabha seat, it would significantly boost Jay’s chances.

Of course, Naveen can be trusted to pull out all stops – and stoop to any level - as he has done in the past to make sure that they lose the election. The BJD supremo has already dropped hints about it when he took a dig at Jay while announcing the list of nine Lok Sabha and 36 Assembly candidates last evening. While announcing the name of Anubhav Mohanty as the party’s Kendrapara Lok Sabha candidate against Jay Panda, he said Mohanty “will be only working for interests of the people of Kendrapara and he will have nothing to hide in his affidavit like the earlier one (Panda) working for a mining company.” With his two bête noire ranged against him, the battle in Kendrapara promises to be the most riveting among all 21 parliamentary constituencies in the state. If Jay wins, he would not only shake off his ‘Twitter Tiger’ tag, but also punch a massive hole in the image of Naveen Patnaik as man who can get put anyone in his place.

Bijoy Mohapatra’s influence, however, is not confined to his home turf of Kendrapara alone but extends to the whole of Odisha. In the company of veteran lead Dr Dr Damodar Rout, he can rally all anti-Naveen forces and make life difficult for him across the state. As the man who was virtually running the erstwhile Janata Dal, of which the BJD is an offshoot, on behalf of his leader Biju Patnaik between 1990-1995, Mohapatra certainly knows a thing or two about how things work in the ruling party.

With him back in the fold, the BJP is hoping that his close associate Dilip Ray would follow suit. It may be recalled that Ray had been invited for talks by Naveen a few days ago and was persuaded to contest from the Bargarh Lok Sabha constituency as the BJD candidate. According to sources close to the former Rourkela MLA, he did not take the bait and politely declined. If Ray comes back, it would be another major boost for the BJP as it looks to stop the BJD juggernaut. Significantly, Ray is the only leader who has won an election after falling out with Naveen.

Bijoy and Dilip were the two who played a key role in the formation of the BJD and the anointment of Naveen as Biju Patnaik’s political heir after his death in 1997. As Chairman of the all-powerful Political Affairs Committee (PAC), Mohapatra was overseeing distribution of party tickets in the 2000 elections. Little did he know at the time, however, that a conspiracy was being hatched against him at Naveen Nivas. His ticket was cancelled and Atanu Sabyasachi Nayak was named the BJD candidate in Patkura with barely an hour or so to go for the closure of nomination, leaving no chance whatsoever for Mohapatra to file a fresh nomination even as an independent. He lent his weight behind Trinamool Congress candidate Triolochan Behera, who was later gained over by Naveen. With Naveen going that extra mile to defeat him, he has not been able to enter the Assembly since then.

If he manages to win this time, he can be trusted to make life difficult for Naveen in the House (if the BJD wins again, that is), just as he and 16 others did with the then JB Patnaik government in the late 1980s.