The tunnel, now a major tourist attraction, saw bumper to bumper traffic with 2800 vehicles going to Lahaul from the Manali side and 2,650 vehicles returning from the North portal. 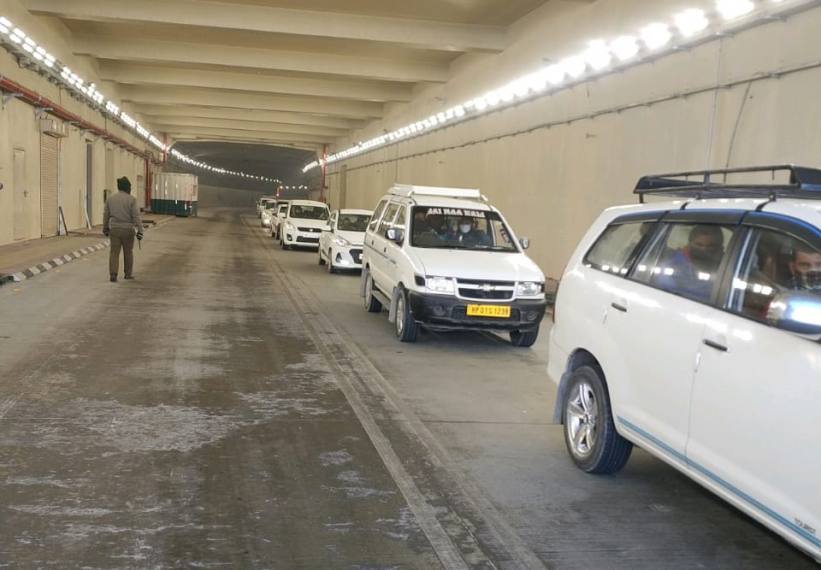 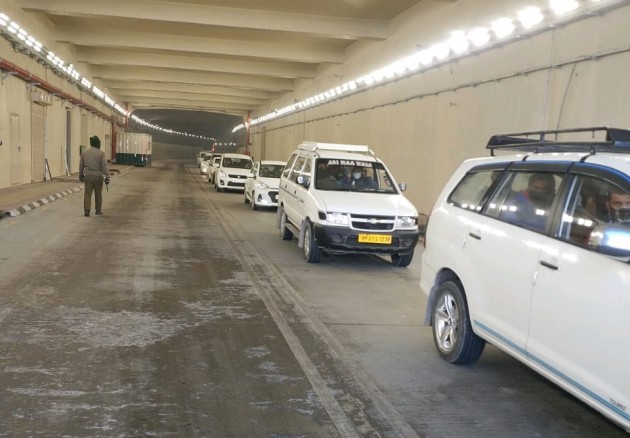 On Sunday, Atal Rohtang Tunnel witnessed a record-breaking 5000 tourist vehicles crossing it on a single day.

This was the highest ever traffic activity recorded at the tunnel after its inauguration in October. The tunnel has become the biggest tourist attraction this winter.

Already, 15 persons have been arrested for committing traffic violations and causing obstructions inside the tunnel by stopping or slowing down their vehicles. This was the second time during the past three days when such serious violations were detected inside the tunnel.

Earlier 10 tourists, all of them from Delhi, were arrested for hooliganism. They had stopped their vehicles inside the tunnel and started dancing and creating a nuisance for those travelling through the tunnel.

Director general of police Sanjay Kundu said the police have decided to act tough against those committing any kind of violations and putting their own lives and of others in danger.

“Nevertheless, the police have been managing the traffic mobility well and have deployed extra manpower despite a freezing cold. The temperature inside the tunnel which is exactly under 13,059 feet high Rohtang Pass, is minus 18 degree”, he said.

Data released by the Kullu police reveals that the Atal Rohtang Tunnel (ATR) being a major tourist destination now, witnessed an inflow of 2800 vehicles towards Lahaul from the Manali side and return of 2,650 vehicles from the North portal on Sunday.

“It was bumper-to-bumper traffic. For every 1000 vehicles at Manali Bailey Bridge, a temporary stoppage was introduced at the green tax barrier in order to manage the movement and crossing at Bailey Bridge connecting left bank. All vehicles going beyond Solang Nala towards the tunnel were compulsorily headed till ATR South Portal & then U-turns were facilitated there”, explained SP Kullu Gaurav Singh.

More than 30 drivers, who were overtaking the queue were issued challans and were fined for disturbing traffic movement. A fine of Rs 40,000 was recovered by the police.

No overtaking zone was also created between Palchan and South Portal.

Like Shimla, tourists are also thronging Manali for New Year celebrations along with places like McLeodganj, Dalhousie and Khajjiar.

Even as the hoteliers are happy about the huge influx of the tourists, locals in the area are worried about Covid infection which was on a decline till now but is shooting up as the police are finding it difficult to enforce norms like wearing of masks and social distancing. The traffic jams are also increasing in Shimla and the rest of the towns, leaving most designated parking places full.