National Received No Call From Akhilesh After Mahagathbandhan Lost The Election: Mayawati

Received No Call From Akhilesh After Mahagathbandhan Lost The Election: Mayawati

After the general elections, Mayawati had announced her decision that the BSP will contest the upcoming by-elections in Uttar Pradesh alone, ditching her alliance partner Akhilesh Yadav 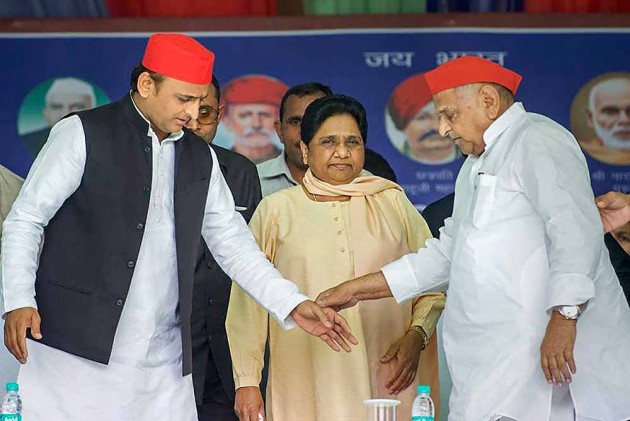 Three weeks after she called off the alliance with the Samajwadi Party (SP), Bahujan Samaj Party (BSP) Chief Mayawati has hit out at Akhilesh Yadav alleging that after the debacle of the SP-BSP Mahagathbandhan in the Lok Sabha elections, she did not even receive a call from the SP president, NDTV reported on Monday.

"After the mahagathbandhan lost the elections, I received no call from Akhilesh. BSP general secretary Satish Mishra asked him to speak to me, but he just wouldn't listen. But because I am senior to him, I called him up instead and expressed sadness over his family members losing," NDTV quoted Mayawati as telling party her members at a party meeting in Lucknow on Sunday.

SP and BSP, which were traditional competitors in Uttar Pradesh, had come together, along with Rashtriya Lok Dal (RLD), to take on the BJP juggernaut in the state. However, despite much hype over the alliance, it failed to materialise on the ground.

The BSP managed to bag 10 seats in, SP won 5 and RLD drew a blank, taking the 'mahagathbandhan' total to 15.

Mayawati also said that people did not vote for the alliance as Akhilesh Yadav had "worked against non-Yadav backward communities" during his stint as the Uttar Pradesh Chief Minister.

"When I was handing out tickets for the Lok Sabha election, Akhilesh sent a message through Satish Mishra that I should not give tickets to Muslims to prevent polarisation of votes. But I did not agree," she reportedly said.

After the general elections, Mayawati had announced her decision that the BSP will contest the upcoming by-elections for 11 Assembly seats in Uttar Pradesh alone, stating that her ally Akhilesh-led SP's vote base did not support the coalition in the Lok Sabha elections.