Health Minister introduced the Epidemic Diseases (Amendment) Bill, 2020 in parliament today to replace an ordinance issued by the government in April. The bill ensures there is zero-tolerance to any form of violence against healthcare service personnel and damage to property. 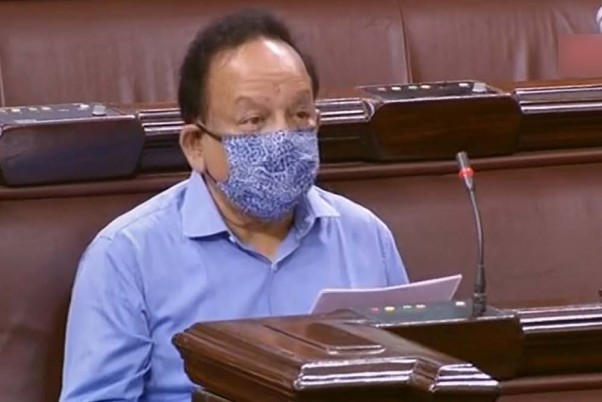 The Rajya Sabha today passed a legislation that provides for up to five years in jail for those attacking doctors and healthcare workers fighting the COVID-19 outbreak or during any situation akin to the current pandemic.

The Epidemic Diseases (Amendment) Bill, 2020 was introduced by Health Minister Dr Harsh Vardhan in the Upper House on Saturday to replace an ordinance issued by the government in April.

The Union Cabinet had promulgated The Epidemic Diseases (Amendment) Ordinance 2020 to amend the Epidemic Diseases Act, 1897, to protect healthcare service personnel and property, including their living/working premises against violence during epidemics.

Labour Reforms, Surrogacy, Among Others In Agenda For Parliament's Monsoon Session

The ordinance came into effect to make incidents of violence on health workers treating COVID-19 patients a non-bailable offence with provisions of penalty and a jail term of up to seven years.

The Bill intends to ensure that during any situation akin to the current pandemic, there is zero-tolerance to any form of violence against healthcare service personnel and damage to property.

Health Minister Dr Harsh Vardhan explained that the ordinance had to be brought as there was a rising number of incidents of harassment and violence against health workers while they were returning from their duty amid a lack of awareness about the coronavirus. He said, "They were treated with stigma and not allowed to enter their houses or residential societies. They were beaten up and chased away when they went out for surveillance."

He added, "We have all noticed that there has been a dramatic decline in the incidents of violence against health workers all over the country after ordinance."

The healthcare service personnel include public and clinical healthcare service providers such as doctors, nurses, paramedical workers and community health workers; any other persons empowered under the act to take measures to prevent the outbreak of the disease or spread thereof; and any persons declared as such by the state government, by notification in the official gazette.

The penal provisions can be invoked in instances of damage to property including a clinical establishment, any facility identified for quarantine and isolation of patients, mobile medical units and any other property in which the healthcare service personnel have a direct interest in relation to the epidemic.

Offences will be investigated by an officer of the rank of inspector within a period of 30 days, and trial has to be completed in one year, unless extended by the court for reasons to be recorded in writing, the Bill proposes.

As per the its provisions, the commission or abetment of such acts of violence will be punishable with an imprisonment for a term of three months to five years, and with a fine of Rs 50,000 to Rs 2,00,000.