The emergency powers were sanctioned to the armed forces last year too when the COVID-19 pandemic first broke out. 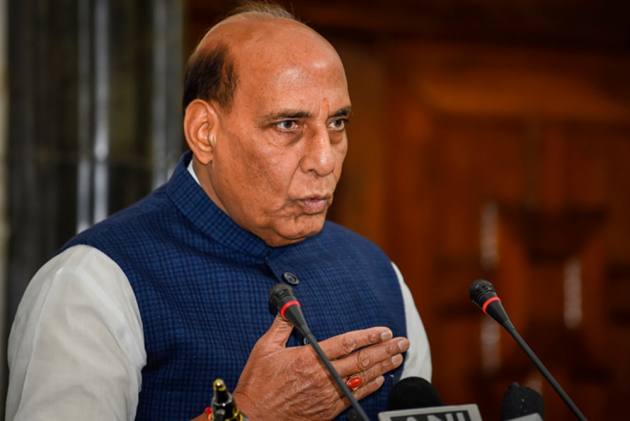 In the wake of an unprecedented medical crisis unfolding in the country, Defence Minister Rajnath Singh on Friday granted emergency financial powers to the three services to allow formation commanders to establish and operate hospitals as well as quarantine facilities for COVID-19 patients.

The officials said vice chiefs of the three services, as well as General Officer Commanding-in-Chiefs (GOC-in-Cs) and holders of equivalent rank, will be able to clear procurement proposals to deal with the coronavirus crisis.

The emergency powers have been granted initially for a period of three months from May 1 to July 31 and are in addition to the similar powers delegated to the medical officers of the armed forces last week, officials said.

Singh's office said he invoked special provisions and granted emergency financial powers to the armed forces to empower them to speed up efforts in the nationwide fight against COVID-19.

"These powers will help Formation Commanders to establish and operate quarantine facilities/ hospitals and to undertake procurement/ repair of eqpt/ items/ material/ stores, besides provisioning of various services and  works required to support the ongoing effort against COVID," his office tweeted.

The defence ministry said vice chiefs of armed forces including chief of integrated defence staff to the chairman chiefs of staff committee (CISC) and GOC-in-Cs and equivalent rank holders of all three services have been given full powers.

The emergency powers were sanctioned to the armed forces last year too when the COVID-19 pandemic first broke out.

The ministry said the grant of the powers had helped the armed forces to tackle the situation faster and in an effective manner.

Last week, the ministry sanctioned emergency financial powers of Rs 5 crore to the director general of medical services of the three services for COVID-19 related procurement.

The defence minister already directed all the three services and other wings of the ministry to do their best in extending support to the civilian administrations across the country in dealing with the pandemic.