The Congress said the BJP admitted to its role in horse-trading by questioning the Ashok Gehlot-led Rajasthan government on whether the SOP for placing leaders under surveillance had been followed and if the phones were tapped legally. 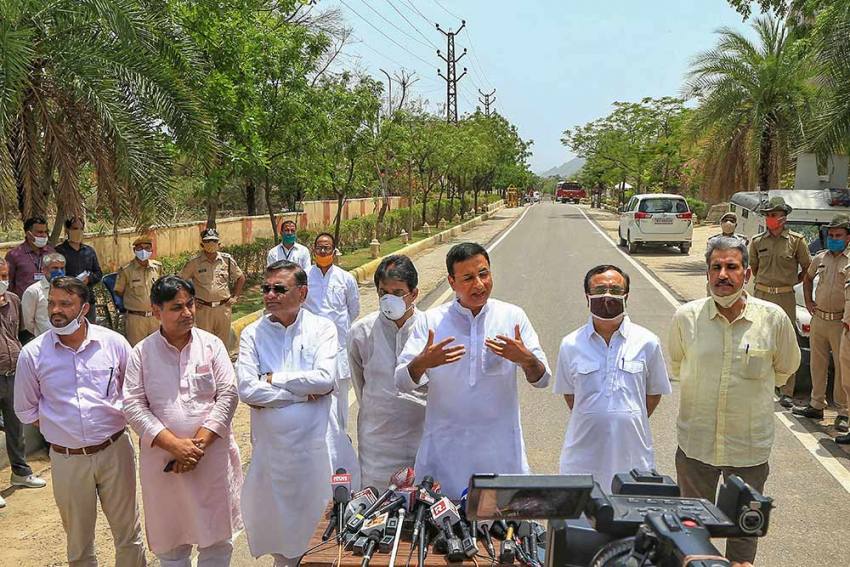 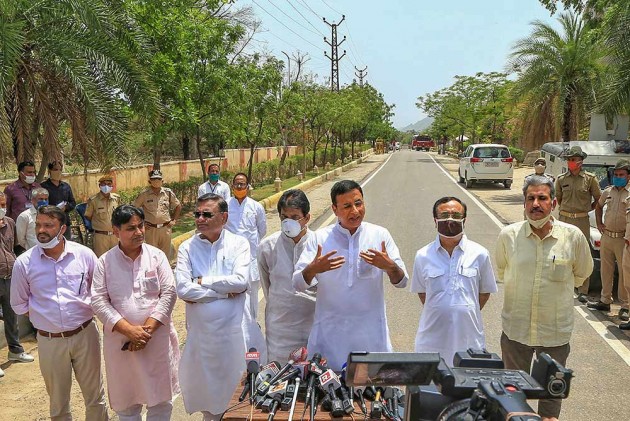 Responding to the BJP's demand for a CBI probe into the leaked audio tapes which feature purported conversations between a rebel Congress MLA and Union minister Gajendra Singh Shekhawat, the Congress party said that its rival seems to be complaining not over the allegation of horse-trading but on why the act was caught.

Congress spokesperson Pawan Khera likened the BJP's demand for a CBI probe into the alleged phone tapping of rebel Congress leaders and BJP leaders to an "admission of guilt in the murder of democracy". Khera was responding to BJP leader Sambit Patra's questions to the Congress party and the Ashok Gehlot-led state government on whether the SOP for placing leaders under surveillance had been followed and if the phones were tapped legally.

"This is a shocking, shameless admission by the BJP of its role in horse-trading and the murder of democracy in Rajasthan. Their only complaint is why was the act caught in action and whether the recording was done legally," Khera said. "Chor maan raha hai ki usne chori ki. Ab use sirf yeh janana hai ki jab chori hui toh waha camera kyun tha," the Congress spokesperson said.

Khera claimed that the BJP's reaction to the leaked audio tapes stems from the fear of its conspiracy to destabilise the Rajasthan government being exposed. "They are scared and rightly so," Khera said, adding that the BJP knows that "an investigation will reveal the role of not just a Union minister (Shekhawat, whose voice is allegedly heard in the leaked tapes while discussing payouts to Congress rebels loyal to Pilot) but also of other senior leaders in the government".

Reacting to the alleged hurdles created by the Haryana police on Friday when a team of the Rajasthan special operation group (SOG) reached the Manesar hotel to question rebel Congress MLAs, Khera said, "this is unprecedented that the police of one state is preventing the police of another state from doing its duty... Sachin Pilot should explain to the people why he trusts the Haryana police more than the Rajasthan police".

The Congress says it suspects that the 18 rebel legislators lodged in the resort in Haryana's Manesar "under the protection of the ML Khattar government" may soon be shifted by the BJP to a resort in Karnataka, another state where the saffron party is in power.

Meanwhile, the Rajasthan High Court set to give its order on Tuesday on a plea moved by sacked deputy chief minister Sachin Pilot and his loyalists challenging the applicability of the anti-defection law against them. Congress sources say the BJP has now got more time to "escalate its efforts for luring more Congress MLAs away" from the Gehlot camp. The party has kept its legislators and the independents supporting the Gehlot government at Jaipur's Fairmont hotel. "The MLAs will be kept at Fairmont till the high court order is delivered and there is clarity on the issue of an imminent floor test. We are still confident of our majority," a senior Rajasthan minister told Outlook.

Meanwhile, Pilot, who had rebelled against Gehlot last Saturday and arrived in Delhi with 18 of his loyalists, is yet to make any public statement on the SOG probe and the party's decision to sack him from the posts of deputy CM and Rajasthan Congress chief. Since Thursday, he has also refused to engage with Congress leaders, including Priyanka Gandhi Vadra, who have tried to reach out to him in a bid to convince him for negotiating a truce with chief minister Gehlot, say sources.

Why Calling It A Corona Degree Is Derogatory, How Final-Year Exams Aren’t Sacrosanct