Railways To Terminate Chinese Company's Contract Due To 'Poor Progress'

Railways saod the Chinese firm were supposed to complete the work by 2019, but only 20 per cent of the work has been completed so far. 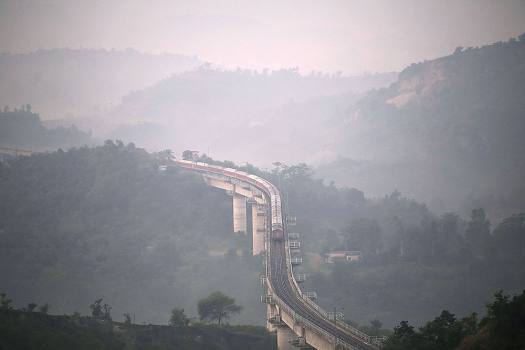 The Railways has decided to terminate the contract of a Chinese company due to "poor progress" on the signalling and telecommunication work on the Eastern Dedicated Freight Corridor's 417-km section between between Kanpur and Mughalsarai.

The Railways had given the contract worth Rs 471 crore to Beijing National Railway Research and Design Institute of Signal and Communication Group in 2016.

They were supposed to complete the work by 2019, but only 20 per cent of the work has been completed so far, said the Railways.

Railways decision comes days after 20 Indian Army personnel including a colonel were killed in a fierce clash with Chinese troops in the Galwan Valley in eastern Ladakh, the biggest military confrontation in over five decades that has significantly escalated the already volatile border standoff in the region.