Some sections of the media reported that Mallikarjun Kharge's successor in the Lok Sabha could once again be a leader from South India, considering the fact that 20 of the 52 Congress MPs come from Kerala and Tamil Nadu. 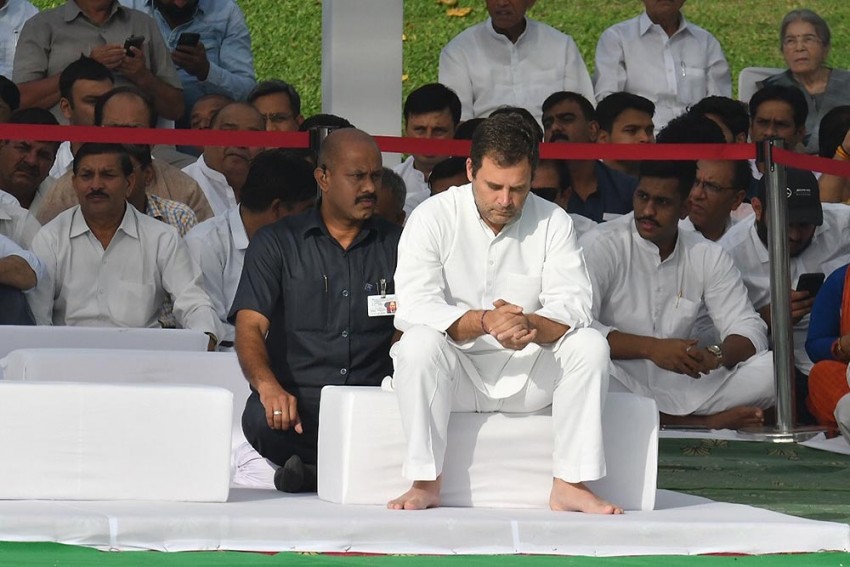 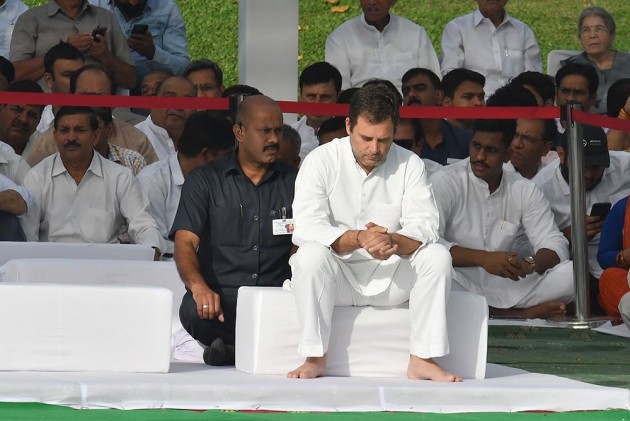 Congress president Rahul Gandhi is in no mood to rescind his resignation, and he wants to focus on building the party ground up, sources told Outlook on Tuesday.

"Rahul doesn't want to be under pressure from party's day-to-day affairs," a source said, adding that middle ground is being worked out to ensure his "position is not diluted."

Sources said Rahul could be asked to lead the Congress in the Lok Sabha, a position earlier held by senior party leader Mallikarjun Kharge, who lost his traditional Gulbarga constituency in Karnataka.

Some sections of the media reported that Kharge's successor could once again be a leader from South India, considering the fact that 20 of the 52 Congress MPs come from Kerala and Tamil Nadu.

However, no names from South India have been discussed yet, sources told Outlook.

A senior Congress leader, who wished to remain anonymous, said: "In any case, Rahul is now an MP from Wayanad, Kerala. So, why do we need anyone else from the south to lead the party in the Lok Sabha?"

On Monday, Rahul had refused to meet party leaders who wished to call on him and urge him to reconsider his decision to quit as Congress president.

Congress allies such as DMK chief MK Stalin, Karnataka CM HD Kumaraswamy and RJD supremo Lalu Yadav's son, Tejashwi have also reportedly implored Rahul not to step down as the party president. Lalu has also said that Rahul's resignation will be "suicidal" for the Congress party.

The Gandhi scion is likely to meet some senior party leaders on Tuesday evening and a meeting of Congress parliamentary party may also be convened soon.

Meanwhile, Congress has started analyzing the reasons for its rout in the Lok Sabha polls.

Priyanka is expected to meet candidates from UP and seek reports on why the party fared so poorly.

Delhi Congress chief Sheila Dikshit has already held a round of discussion with her colleagues in the state unit and another meeting of seven Delhi candidates is expected on Wednesday.

The Congress lost all seven seats in the national capital, but party leaders are taking some solace in the fact that five of its candidates finished second, a marked improvement from the third position all party nominees had ended up during the 2014 Lok Sabha polls.

When extrapolated, the Lok Sabha results show the Congress in a position to win 5 assembly seats in the 70-member Delhi assembly while it is on the second spot on over 30 other seats.

In 2015 assembly polls, the Congress had drawn a blank in Delhi with all its candidates finishing third.