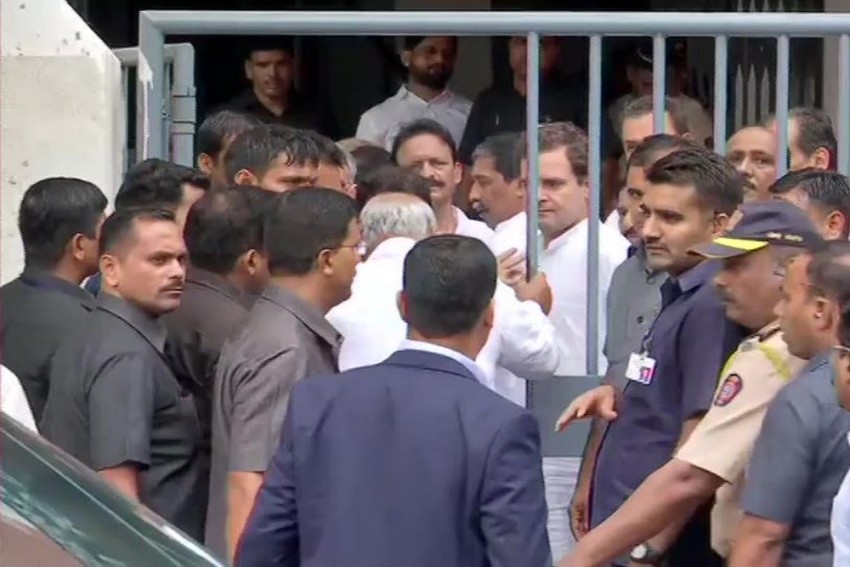 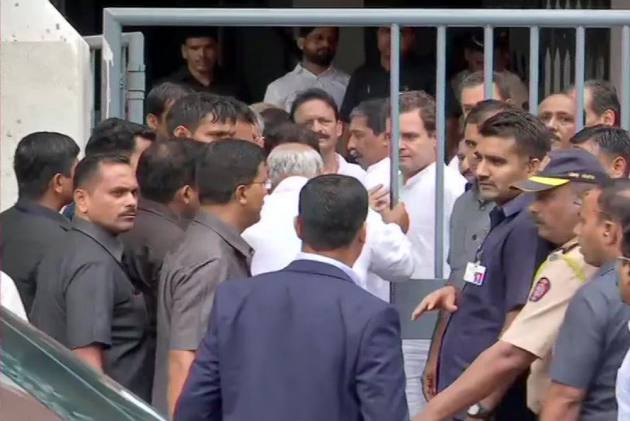 Rahul Gandhi on Thursday pleaded "not guilty" in a defamation case filed by an RSS worker against the Congress leader for allegedly linking the organisation with the murder of journalist Gauri Lankesh.

Gandhi was released on Rs 15,000 surety amount by a Mazgaon Metropolitan Magistrate court. Former MP Eknath Gaikwad has given the surety for Gandhi.

He arrived at Mazgaon Metropolitan Magistrate court in Mumbai earlier in the morning.

"I am with the poor, farmers and labourers. This fight (against BJP and RSS) will continue," said Rahul outside the court.

Gandhi described the fight as a fight of ideology. "I will continue the fight with 10 times more vigour than I did during the last five years," he said.

In February, earlier this year, RSS Swayam Sevak Dhrutiman Joshi had filed a defamation case against Rahul Gandhi, Sonia Gandhi, Sitaram Yechury and the Communist Party of India (Marxist) for defaming the RSS following the death of Gauri Lankesh.

Later, the Mazgaon court had issued summons to Gandhi and Yechury for questioning in connection with the case. The court, had, however, dismissed the complaint against Sonia Gandhi and the CPI(M).

Lankesh, a senior journalist was murdered at her residence in Bengaluru on September 5, 2017.

Joshi said that Sitaram Yechury was also heard and seen saying that it was the RSS ideology and the RSS men who killed Gauri Lankesh.

"For a mere political score, the accused had unnecessarily dragged the name of RSS and it in a move to rake up negative sentiments in the minds of the people against the RSS," the complaint stated.

Joshi had requested the court to charge the duo under section 499 (defamation) and section 500 (punishment for defamation) of the Indian Penal Code (IPC).

This is the second defamation petition against Rahul Gandhi in Maharashtra.

Another RSS activist Rajesh Kunte had, in 2014, filed a defamation case against Gandhi over a statement made by him at an election rally, where he had blamed the RSS for Mahatma Gandhi's assassination.

'Few Have The Courage That You Do': Priyanka Gandhi On Rahul Gandhi's Resignation