Bofors Brought Down Congress, Rafale Will Bring Modi Back: Sitharaman 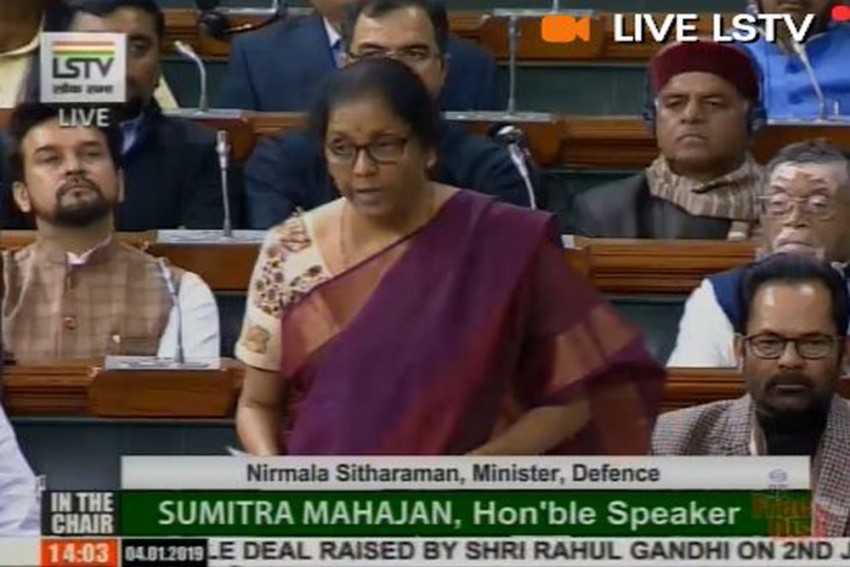 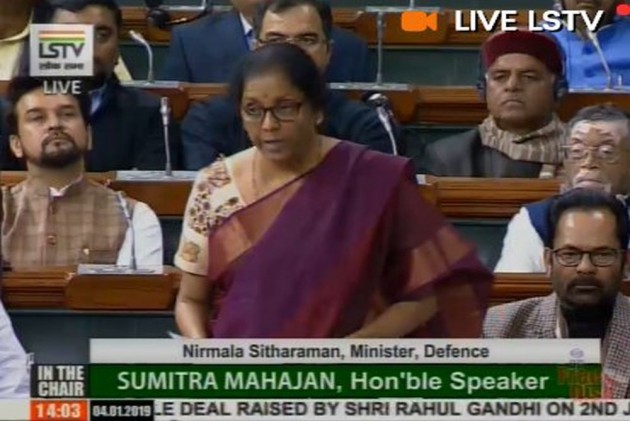 Defence Minister Nirmala Sitharaman, replying to a debate on the Rafale issue in Lok Sabha on Friday, said timely purchase of equipment is a priority, given its volatile neighbourhood.

Hitting out at the Congress, she said the party had stopped the deal when it was in power as it "didn't get the money" and ignored national security.

"You stopped the deal, forgetting Air Force was suffering. You didn't conclude the deal, because it didn't suit you. The deal didn't get you money," she said.

"They did not intend to buy the aircraft till something else was done. There is something different between defence deal and deal in defence," she said, asserting that Prime Minister Narendra Modi-led government gave priority to national security.

Defence Minister on Rafale jet deal in Lok Sabha: Senior members of the Opposition don't want to hear my answers. It is very disheartening. This country needs to know that defence purchases are national security related and very important, whether they are in power or we are. pic.twitter.com/vN2B0AWHl6

Sitharaman also said the Congress is only shedding crocodile tears on the HAL not getting the offset contract as it did nothing to scale up the capacity of the state-run firm.

The BJP-led NDA government gave Rs one lakh crore worth of contracts to HAL, she said.

"You are misleading the country by saying the NDA government reduced 126 Rafale jets to 36. Congress was supposed to buy 18 in fly-away condition, the NDA raised that to 36," she said.

The delivery of first Rafale will happen in 2019, while the last aircraft of 36 jets will be delivered in 2022, the minister said.

She said the IAF always advises government to buy two squadrons, which is 36 aircraft instead of 18, in case of emergency purchases, the Minister said.

Earlier during the day, Congress president Rahul Gandhi said if his party comes to power in 2019, a criminal investigation will be launched into the Rafale deal and the accused will be punished.

Speaking to the media outside Parliament ahead of the government's reply, he urged Defence Minister Nirmala Sitharaman to answer the questions raised by the Congress on the multi-million dollar fighter jet deal.