Punjab: Bookshops, AC-cooler Stores To Open From Monday, No Activity In Containment Zones

The dhabas will also remain open but only serve packed food as elucidated in the Centre's new lockdown guidelines. 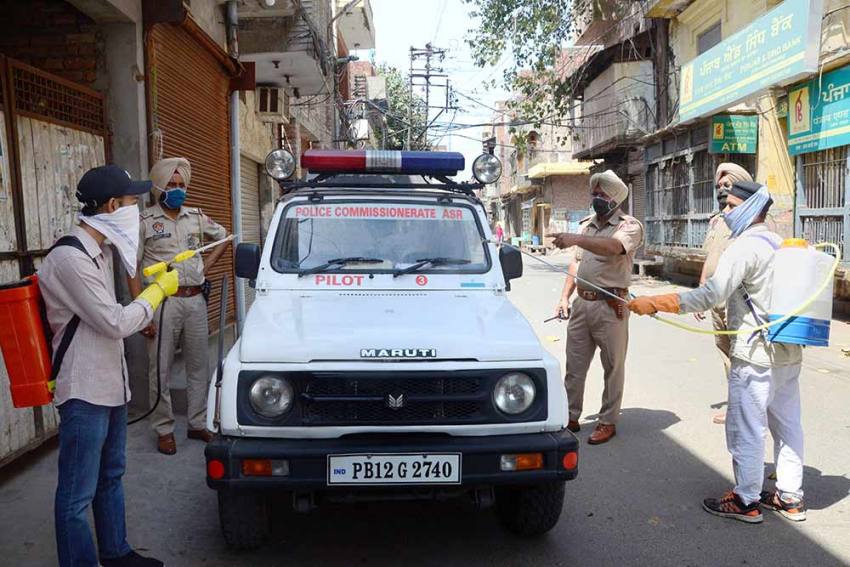 In this file photo, a worker sprays disinfectant on a police vehicle as a measure to curb the spread of coronavirus, during the nationwide lockdown, in Amritsar. (PTI)
Harish Manav April 19, 2020 00:00 IST Punjab: Bookshops, AC-cooler Stores To Open From Monday, No Activity In Containment Zones 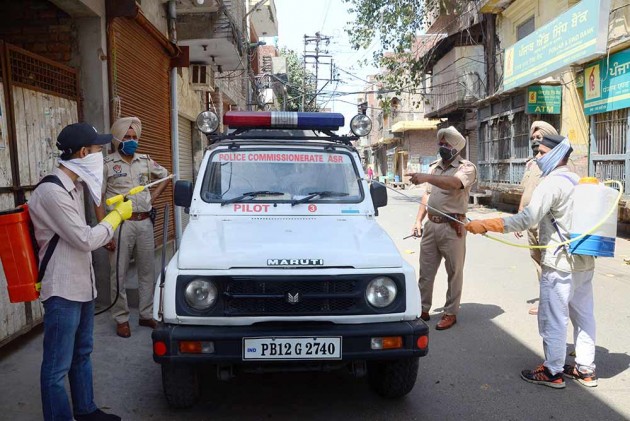 With the new academic session fast approaching, the Punjab government has allowed the distribution of books to school and college students from Monday. The sale of airconditioners, air coolers, and fans has also been permitted given the summer season. Their repair shops shall also open and operate from tomorrow, the government spokesperson said. The dhabas will also remain open but only serve packed food as elucidated in the Centre's new lockdown guidelines.

However, the state government has strictly banned any activity inside containment zones and instructed District Magistrates to exercise due diligence while regulating the timings of various establishments, including industries and other permitted activities depending on local requirements and norms of social distancing.

The state will follow a complete curfew till May 3, 2020, it said, adding the prevailing practice of requiring a curfew pass for movement shall continue.

The Captain Amarinder Singh-led government has also allowed industrial activity on the condition that any employer, employing ten or more people, would make proper arrangements for workers to stay as well as transport. Even while moving workers, a Curfew Pass will be required.

A government spokesperson said the fresh set of directions was issued in consonance with the Centre's revised COVID containment guidelines which will come into effect from April 20.

The containment zone is established after two more confirmed cases of COVID-19 are reported in a locality. The zone is to be set-up by district authorities (DC, SSP and CS) based on the number of cases, their geographical distribution and feasibility of sealing the area.

The containment zone can accordingly be started from a locality to a colony, sector(village), single or multiple wards or the entire city itself, the spokesperson further said adding the guidelines will be applicable only outside the containment zone, which should not be confused with hot-spot, red zone etc.

Earth Day: Singers From Across India Collaborate To Pay Tribute To Dharti Ma