Pune: As many As 300 Healthcare Workers Report Minor Side Effects After Taking Covid-19 Jab 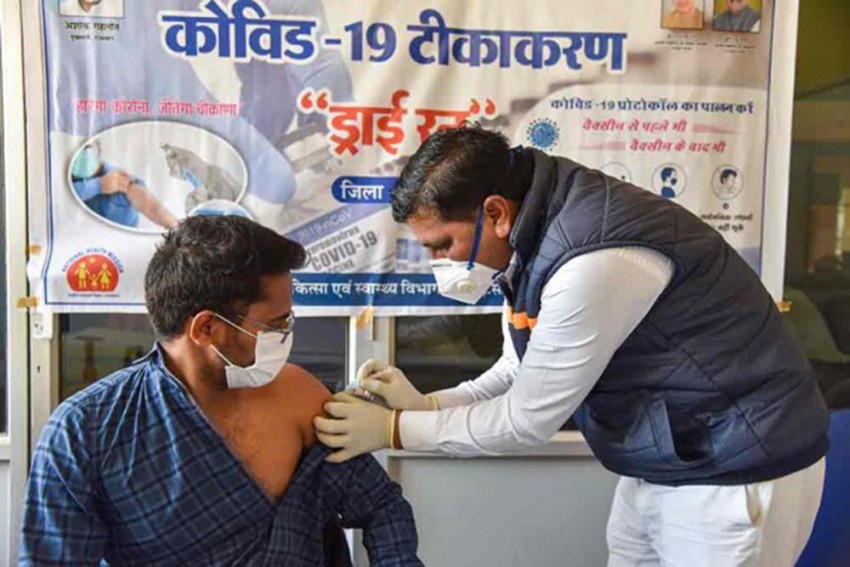 A health-worker takes part in the final dry run for the administration of COVID-19 vaccine in Bikaner.
Representational Image/ PTI
Outlook Web Bureau 2021-01-19T10:05:04+05:30 Pune: As many As 300 Healthcare Workers Report Minor Side Effects After Taking Covid-19 Jab 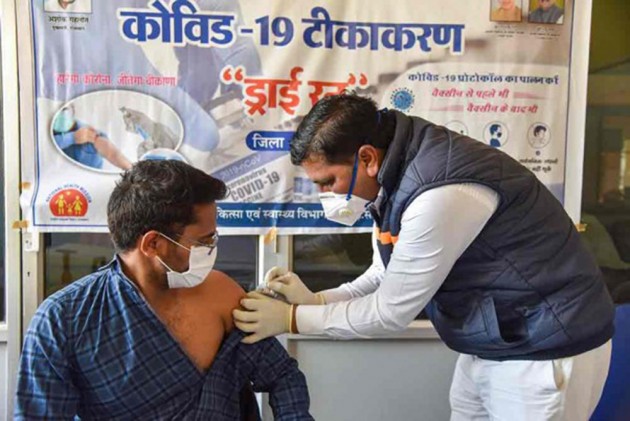 India has vaccinated a total of 3,81,305 beneficiaries so far, and 580 adverse events following immunisation were reported in the country, the Union health ministry said on Monday.
Of these two cases made headlines after one healthcare worker in Uttar Pradesh’s Moradabad and Karnataka died hours after being administered the vaccine.

Meanwhile, over 300 healthcare workers in Pune district of Maharashtra have reported minor side effects after they were administered Covid-19 vaccine on Saturday while a woman worker was hospitalised after she complained of loss of sensation in her arms, officials said on Monday.

The woman, who is in her 30s, has been reported under the serious category of "adverse event following immunisation" and was taken to the Sassoon General Hospital in Pune on Sunday after she complained of loss of sensation in her "upper hands", officials said.

Prima facie, the woman's case doesn't seem to be linked to vaccination, a senior official said citing the opinion of doctors at the hospital.

In Pune district, a total of 1,802 healthcare workers comprising doctors, nurses, ward boys and other medical staff were administered Covid-19 vaccine on January 16, the first day of the drive.

There were eight centres each in Pune and Pimpri Chinchwad municipal corporation limits for vaccination, while 15 centres are located in Pune rural areas.

"As a precaution, we rushed the woman health worker to the Sassoon General Hospital, a day after vaccination. She underwent MRI and other tests were also conducted. As per the doctors, this (her case) does not seem to be linked to vaccination but doctors are investigating," said Ayush Prasad, Chief Executive Officer, Zilla Parishad, Pune. He added that the woman is perfectly fine and she is not serious. "It is just that she is under observation at the hospital," Prasad said.

The CEO said that anybody requiring hospitalisation is put under the serious category of Adverse Event Following Immunisation (AEFI).

Pune district civil surgeon Dr Ashok Nandapurkar said the condition of the woman patient is improving and she is stable.

"As per the doctors at Sassoon, the case of the woman healthcare worker is not related to vaccination so people should not get scared," he added.

Meanwhile, another 24-year-old-man working as a ward boy in a government hospital was admitted to Naidu Hospital in the city, after he complained of dizziness. "The patient is now okay and he will be discharged shortly," said district collector Rajesh Deshmukh.

According to the officials, a total of 302 beneficiaries have reported minor side effects after vaccination.