Responding to the tweet by India in the UK, London Mayor Sadiq Khan condemned the violent protests, saying it was 'unacceptable'. 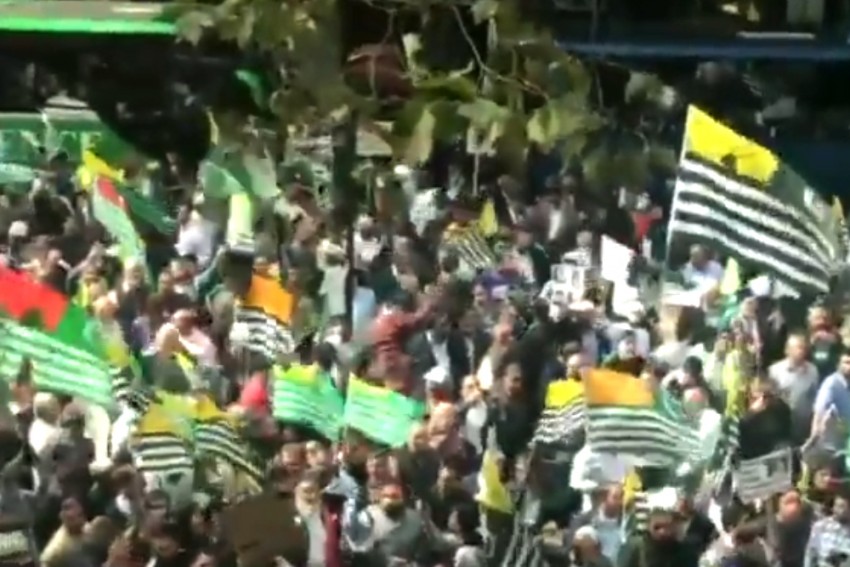 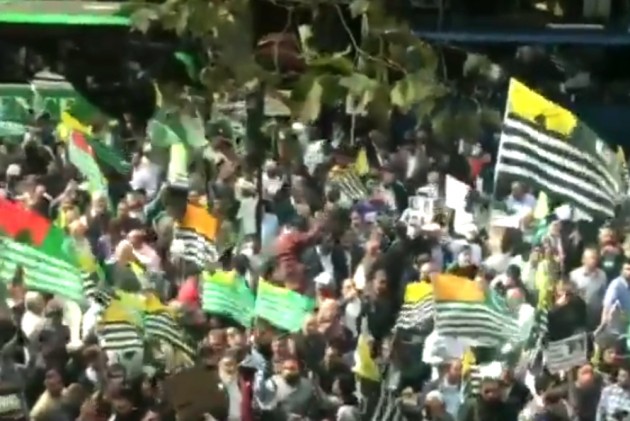 Thousands of protesters led by British Pakistani groups descended upon the Indian High Commission in London on Tuesday over Jammu and Kashmir issue.  UK foreign secretary Dominic Raab condemned the protests after they turned violent following which 2 people were arrested.

"Two people were arrested for criminal damage and remain in custody," a Metropolitan Police spokesperson said.

The 'Kashmir Freedom March' began at Parliament Square on Tuesday and moved towards India House, with protesters waving anti-India placards and chanting slogans such as 'Azadi' and 'Stop Shelling in Kashmir'.

"It is absolutely right that any violence is deplorable. It shouldn't be conducted in this country, or anywhere else for that matter, at any individual communities," said Raab.

"What we now need to do is try and reduce those tensions but also, on a positive side, build up confidence-building measures to allow proper dialogue between the communities in Kashmir and also between India and Pakistan," Raab added.

"We want to see a reduction of tensions in Kashmir, respect for internationally recognised human rights and steps from all sides to rebuild confidence," he said.

Scotland Yard said it had appropriate police presence to monitor the protest march.

A UK Opposition Labour Party MP from Birmingham, Liam Byrne, has launched an online petition over the Kashmir issue and was among the politicians backing Tuesday's protests.

"Today thousands of people marched from Downing Street to the Indian High Commission to send a clear message to Modi – you cannot silence the people of Kashmir," he said.

The mob, which was reportedly protesting against Indian Government's decision to withdraw the special status given to J&K, turned violent and caused damage to the building and the premises.

The latest clashes follow a face-off between anti-India protesters led by British Pakistani and separatist groups and a group of Indian diaspora members celebrating Indian Independence Day outside the Indian mission in London on August 15.

Tuesday's incident marked the second time after India raised concerns over protests outside the Indian High Commission on August 15.

Responding to the tweet by India in the UK, London Mayor Sadiq Khan condemned the violent protests, saying it was "unacceptable". Khan said, "I utterly condemn this unacceptable behaviour and have raised this incident with @metpoliceuk to take action."

The Independence Day celebrations by the Indian diaspora in London were disrupted by Pakistan-backed protestors and anti-Khalistani elements, who pelted stones and eggs on embassy building and Indians gathered outside.

Meanwhile, London police also arrested four people in connection with the incident. A foot-long dagger was confiscated from one of the protesters, the police said.

The protests were organised against the Indian government's move to revoke Article 370 that gave special status to Jammu and Kashmir.