The SIT said that its sources in Dubai persuaded him to come back and submit himself before the law. 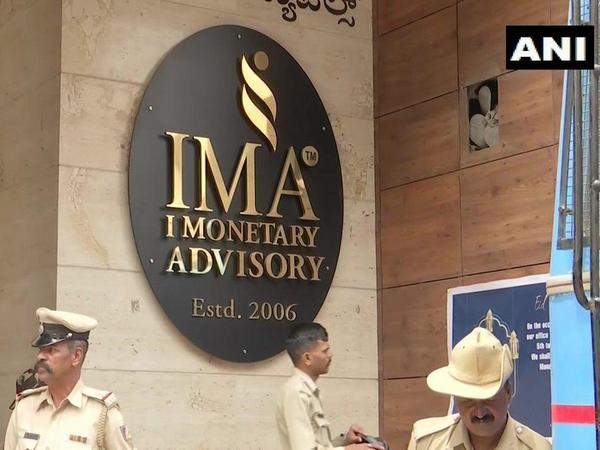 Mohammed Mansoor Khan, the owner of IMA jewels, has been arrested in New Delhi and is being questioned by the Enforcement Directorate, said a special investigation team here which is probing the alleged ponzi scam.

Khan, who had fled to Dubai, flew back to India and was arrested on landing in Delhi, it said in a statement.

The SIT said that its sources in Dubai persuaded him to come back and submit himself before the law.

"Accordingly he travelled from Dubai to New Delhi (Flight AI 916) and landed at 01550 hours IST. SIT officers are in Delhi to secure and arrest the accused," it said.

A lookout circular was issued against him by both SIT and ED and he would be handed over according to the procedure, the SIT said.

Sources told PTI that he is being quizzed by ED officials in New Delhi and will later be sent to Bengaluru for a detailed probe by the SIT.

Khan will be produced in a court on Friday and will be taken to Bengaluru on transit remand.

More than one lakh people had invested in the IMA Jewels which started 17 companies.

Khan invited people, mostly Muslims, to invest in five companies, said the SIT, adding that Rs 4,084 crore was invested in the company.

He has to refund approximately Rs 1,400 crore to his investors, the SIT said.

Around one and half months ago, Khan had fled to Dubai leaving thousands of investors in lurch.

Khan had promised his investors that he would return to India and would refund their money.

Based on thousands of complaints, the SIT registered a case against him and others. It has so far arrested 22 people, including Khan, 12 directors of the firm, deputy commissioner of Bengaluru urban district Vijay Shankar, assistant commissioner L C Nagaraj, a Bangalore Development Authority officer, a nominated corporator of Bruhat Bengaluru Mahanagara Palike and a village accountant.

Before fleeing he had accused Shivajinagar Congress MLA R Roshan Baig of taking Rs 400 crore and not returning it.

Baig categorically refuted the charge, terming it false and frivolous. The MLA who had rebelled against the party was suspended for anti-party activities.

Baig then joined the bandwagon of rebel MLAs who resigned.

The day Baig was supposed to appear before SIT, he planned to fly to Mumbai by a special chartered plane but the SIT detained him and quizzed him extensively.

The SIT released Baig and asked him to appear on July 19.