The report said in 2019, India's average particulate matter concentration was 70.3 microgram per cubic meter (µg/m3 ), the highest in the world. 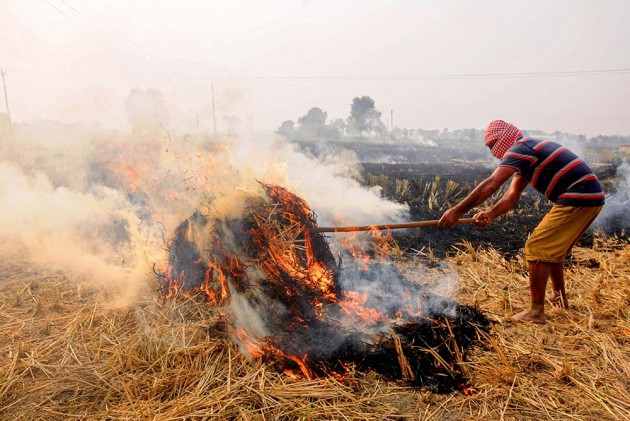 The pollution in Maharashtra and Madhya Pardesh has increased so much that the average person in these state is now losing additional 2.5 to 2.9 years of life expectancy, as per the University of Chicago's Air Quality Life Index (AQLI) report.

The report stated that India is the most polluted country in the world, with more than 480 million people or about 40 per cent of its population living in the Indo-Gangetic plains in the north where pollution levels regularly exceed those found anywhere else in the world by an order of magnitude.

The study by the varsity's Energy Policy Institute has found how much longer a person can live if they breathe clean air.

Residents of northern India are on track to lose more than nine years of life expectancy if pollution levels of that of 2019 persist as the region experiences the most extreme levels of air pollution in the world, it said.

In 2019, India's average particulate matter concentration was 70.3 microgram per cubic meter (µg/m3 ), the highest in the world and seven times the World Health Organisation's guideline of 10 µg/m3, the report said.

It said that alarmingly India's high levels of air pollution have expanded geographically over time.

"Compared to a couple of decades ago, particulate pollution is no longer a feature of the Indo-Gangetic plains alone. Pollution has increased so much in the states of Maharashtra and Madhya Pradesh. For example, the average person in those states is now losing an additional 2.5 to 2.9 years of life expectancy, relative to early 2000," the report said.

For Bangladesh, India, Nepal and Pakistan, the AQLI data reveals that the average person would live 5.6 years longer if pollution were reduced to meet the WHO guidelines, it said.

"Due to South Asia's high population and pollution concentrations, the region accounts for 58 per cent of total life years lost due to particulate pollution exceeding the WHO guideline," it said.

The benefits of clean air policy are even greater in the Indo-Gangetic plains, where 480 million people regularly breathe pollution levels that exceed those found in Europe and North America by an order of magnitude, the report said.

Bangladesh, India, Nepal and Pakistan account for nearly a quarter of the global population and consistently rank among the top five most polluted countries in the world, it said.

As a result, South Asia accounts for 60 per cent of the person-years that are expected to be lost globally due to pollution levels exceeding the WHO guideline, the University of Chicago's report said.

"Average life expectancy across these four countries would be 5.6 years higher if pollution concentrations complied with the WHO guideline," it said.

In India and Pakistan, the number of vehicles on the road has increased about four-fold since the early 2000s while in Bangladesh, India, Nepal, and Pakistan combined, electricity generation from fossil fuels tripled from 1998 to 2017, the report said.

Crop burning, brick kilns, and other industrial activities have also contributed to rising particulates in the region, it said.

The AQLI, the report said, particulate pollution is the world's greatest threat to human health.

"South Asia is consistently the most polluted region, with the people there seeing their lives shortened by an average of 5 years relative to what it would be if the region met the WHO guideline—and even more in the most polluted parts of the region like northern India," the report said. (With PTI inputs)