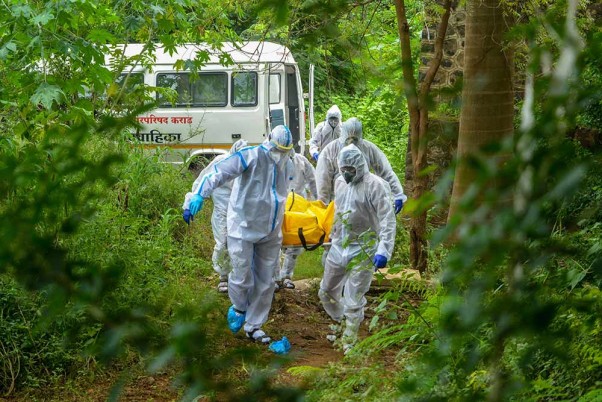 Decomposed body of a five-year-old girl was recovered from a tribal hamlet in the Teliamura sub-division of Tripura's Khowai district, police said on Sunday

"The body was recovered from a jungle in the area. We are waiting for the post-mortem report," officer-in-charge of Teliamura police station Swapan Debbarma told reporters.

The parents of the child filed a missing diary four days ago that she was missing since Monday, police said.

A case has been registered under POCSO Act and IPC sections 302 (murder) and 376 (rape), they said.

While in another case of suspicious death, a 15-year-old girl's body was recovered from a village in Uttar Pradesh's Fatehpur on Sunday, an officer said.

"Acting on a tip-off, police recovered the body and it was sent for post-mortem examination," SHO Santosh Kumar Sharma said.

In a complaint to the police, the girl's father said she had gone to relieve herself in the forest on Saturday evening but did not return, the SHO said.

Sharma said the family members of the girl have alleged murder after rape.