The Shiv Sena, an ally of the BJP, has demanded an ordinance to pave the way for the temple's construction in Ayodhya, arguing that the matter has been dragging in courts for decades. 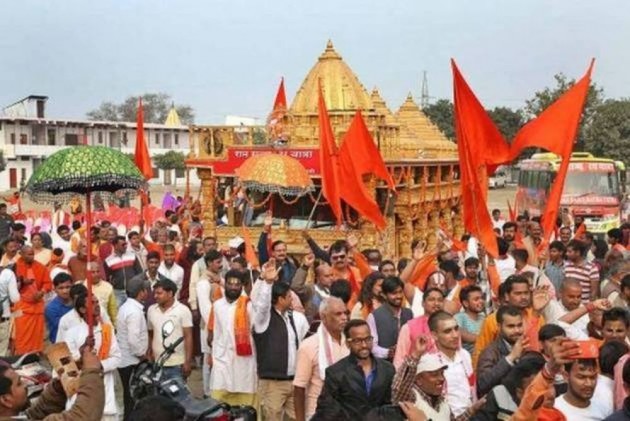 The Shiv Sena said Tuesday "Lord Ram is not bigger than the law" for Prime Minister Narendra Modi as he has said that his government can take a decision on an ordinance for the Ram temple's construction only after the judicial process is over.

The Shiv Sena, an ally of the BJP, has demanded an ordinance to pave the way for the temple's construction in Ayodhya, arguing that the matter has been dragging in courts for decades.

"The Supreme Court has said (hearing on the) Ram Mandir is not an urgent matter. Modi also did not say anything different. I congratulate him for making his position clear on the matter.

"...(The prime minister says) Will not bring an ordinance for the Ram temple. The constitutional meaning of this is that Lord Ram is not bigger than the law," Shiv Sena leader Sanjay Raut tweeted.

In an interview broadcast by various television channels, Modi was asked about the demand by Hindutva groups for an ordinance for a Ram temple in Ayodhya.

The Shiv Sena has hardened its stand over the Ram temple issue.

"I want to tell BJP one thing, we can forgive you on 'ache din' jumla and the promise of Rs 15 lakh to each person. But we will not forgive you if you come up with one more jumla on our faith or in the name of god. We will beat you up.

"We will not allow you to make any more false promises in the name of Ram or any other Hindu god," Thackeray had said.

In November, he had visited Ayodhya and demanded an ordinance to resolve the issue.