'Asked Him To Withdraw CAA': Mamata Banerjee After Meeting PM Modi In Kolkata

PM Modi faced protests right outside the airport in Dum Dum against the Citizenship (Amendment) Act. 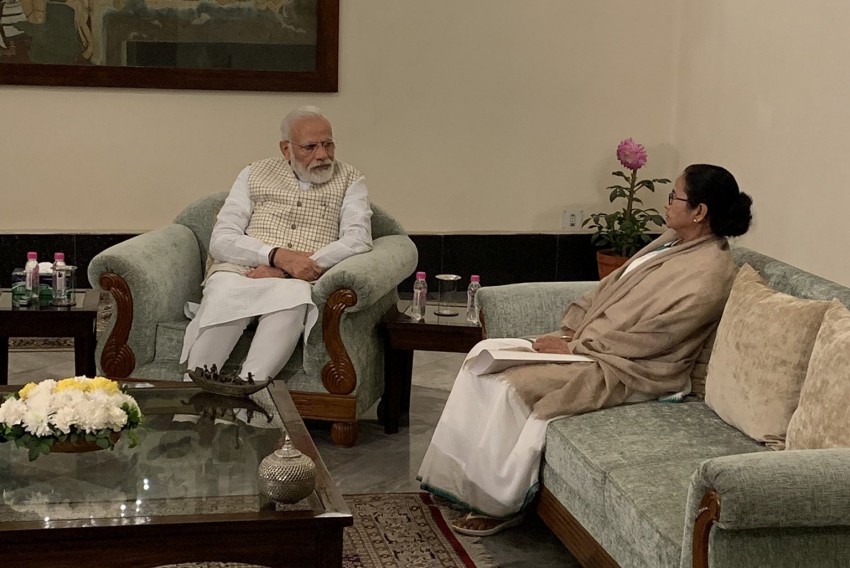 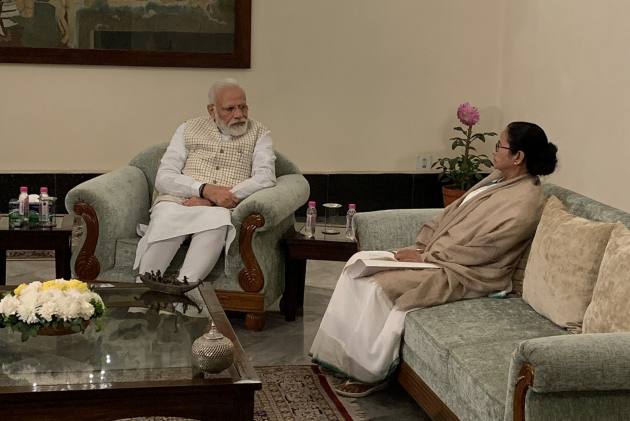 After the meeting, Banerjee said she told the PM to withdraw Citizenship Amendment Act, proposed NRC and the NPR. She added that she met the PM regarding some financial demands for the state.

"I told PM Modi that we oppose CAA, NRC and NPR," said Banerjee.

The Prime Minister is in Kolkata to take part in 150th anniversary celebrations of the Kolkata Port Trust.

Prime Minister Narendra Modi arrived at the international airport in Kolkata to embark on his two-day visit. But he faced protests right outside the airport in Dum Dum against the Citizenship (Amendment) Act.

On his visit, the Congress, Left Front and other political outfits have lined up a series of protest rallies across the state against the amended Citizenship Act and the proposed pan-India  National Register of Citizens (NRC).

Hundreds, including Youth Congress activists, assembled outside Kolkata airport and shouted slogans against Modi demanding that he should not be allowed to land in the city.

At a time when the prime minister and West Bengal Chief Minister Mamata Banerjee are at daggers drawn, the two are likely to share a dais at an event in Kolkata later today.

This is their first meeting after protests erupted against the Citizenship Amendment Act (CAA).

Banerjee has been at the forefront and leading protests against the new legislation and has vowed that the CAA will not be implemented in West Bengal. She has also been fiercely speaking against the proposed NRC.

PM Modi during his two-day visit to Kolkata, starting today, will be inaugurating a light and sound show at the Millennium Park. Senior officials of Kolkata Port Trust have confirmed that an invitation has been sent to Banerjee and she will share the stage with Prime Minister.

The meeting between PM Modi and Banerjee assumes significance as the new citizenship law has emerged as the latest flashpoint in the state, with Banerjee's Trinamool Congress opposing the contentious legislation tooth and nail, and the BJP pressing for its implementation.

The prime minister will dedicate to the nation four refurbished heritage buildings in Kolkata -- the Old Currency Building, the Belvedere House, the Metcalfe House and the Victoria Memorial Hall.

The prime minister is also scheduled to visit Belur Math, the headquarters of Ramakrishna Mission, on Saturday.

The West Bengal administration has made elaborate security arrangements for the visit.

However, his visit to Kolkata may not be a smooth sail as protests against the controversial law have started on the very first day of his arrival.

Several organisations, including those linked to the Left parties, have declared they would stage protests against Modi and show him black flags.

Several students organisations are scheduled to organise a protest march from Nandan area - the city's cultural hub - to Raj Bhawan at 2 pm against the CAA and recent violence at JNU and Jamia Milia University campuses.