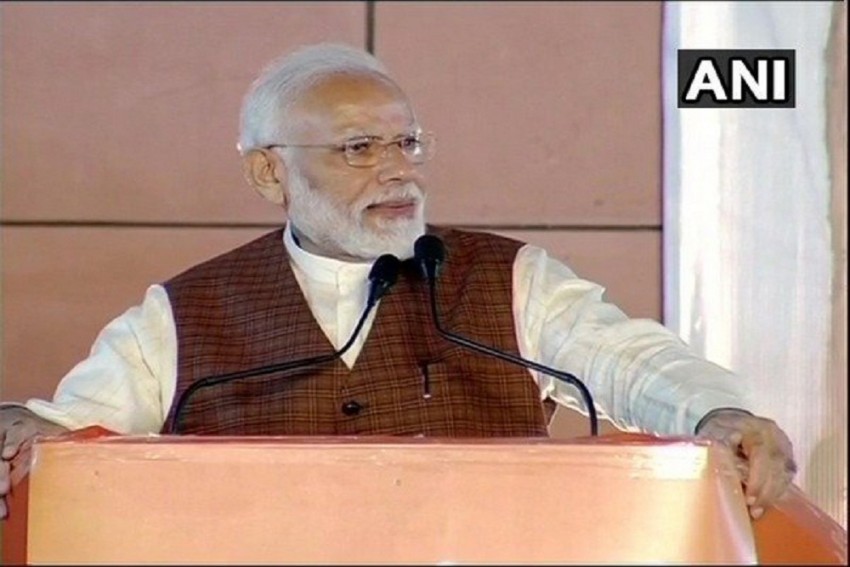 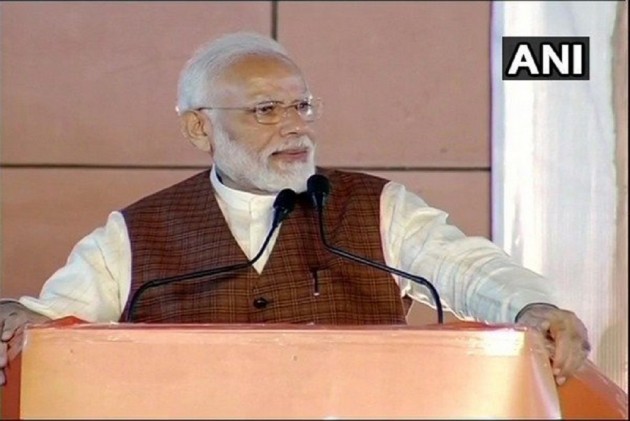 The prime minister's visit coincided with Infantry Day celebrations, which is observed to mark the landing of first Indian troops in Jammu and Kashmir in 1947 to push back Pakistan supported intruders.

Modi directly flew to the Army Brigade Headquarters in the border district to interact with the troops deployed along the LoC, the officials said.

This is for the third time that the prime minister visited Jammu and Kashmir to celebrate Diwali with the troops in the border state since 2014, and first after the abrogation of Article 370 provisions.

Modi started the practice of interacting with troops serving in tough areas on Diwali soon after taking over as the prime minister in 2014 when he had spent his Diwali at Siachen in Ladakh region with the Jawans, besides visiting the flood victims in Srinagar.

He visited Gurez sector of north Kashmir in 2017 and spent his Diwali with soldiers deployed there.

The next year, Modi was in Himachal Pradesh, where he spent time with Indo-Tibetan Border Police (ITBP) personnel at an outpost.

In 2018, he celebrated the festival with Army and the ITBP personnel in the icy terrain near the India-China border in Uttarakhand.

In the morning, the Prime Minister extended Diwali greetings on Twitter:

Wishing you all a Happy #Diwali. pic.twitter.com/5nhimk58CO

Meanwhile, Prime Minister Narendra Modi on Sunday speaking on 58th edition of his monthly radio program 'Mann ki Baat', pitched the idea of "Festival Tourism" and said that we must try to popularise our festivals and invite people from other states and countries to join the festivities.

"Festival tourism has its own exciting attractions globally. India is the land of festivals that presents immense possibilities for festival tourism."

"We must try to popularise our festivals such as Holi, Diwali, Onam, Pongal or Bihu and it must be our endeavour to ensure that we should welcomingly invite people from other states and countries to join in the festivities. Every state and religion in our country has their own festivals and people from foreign countries have a keen interest in them," the Prime Minister said.