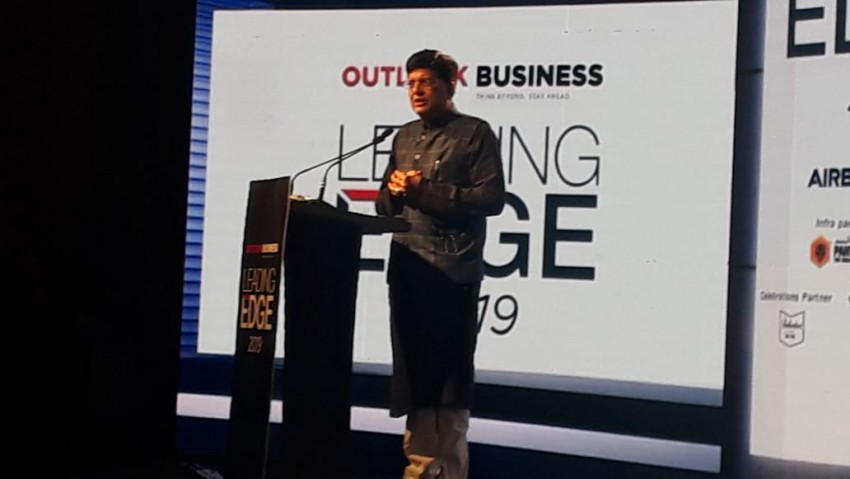 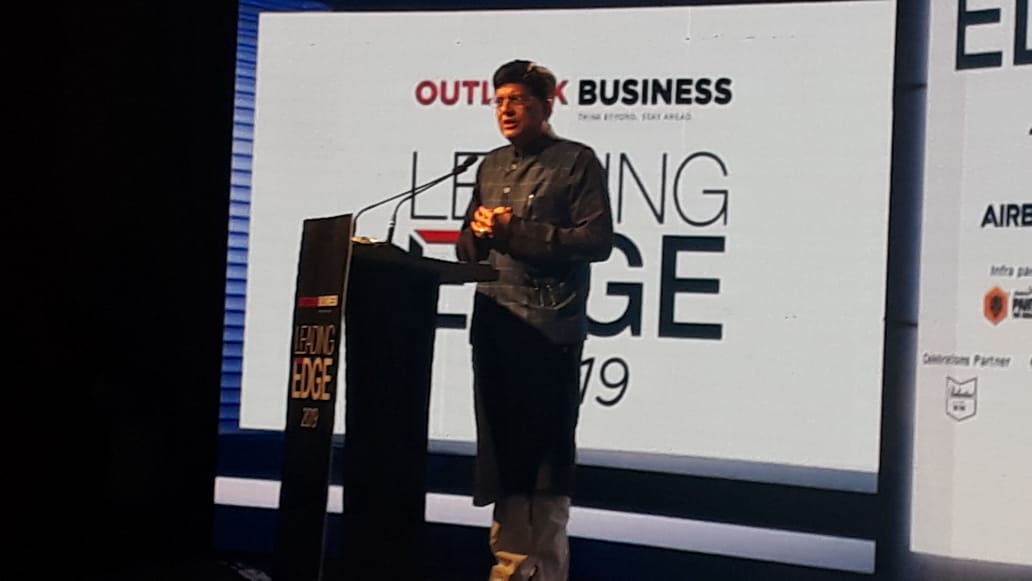 Minister of Railways and Coal Piyush Goyal has announced his Vision 2022 for India, which is to ensure every Indian has basic amenities on India’s 75th anniversary. At an event organised by Outlook Business in Mumbai, Goyal stated that economic development cannot be the sole goal of any country, as it can only be brought about harmoniously with social development.

“Not many of you would have faced the ignominy of living without electricity, toilets, not or having clean cooking facilities. So, we have set an aggressive timeline of 15th August 2022 when India turns 75, to ensure that every citizen has a shelter over his head, electricity 24/7, a toilet in his home, clean drinking water, good healthcare facilities, quality education and internet connectivity. I think if we can all collectively work to meet that goal, if we can achieve that in this defined timeframe,” he proclaimed at Outlook Business’ annual leadership event, Leading Edge 2019.

Goyal said that various ambitious projects can be carried out within the ascribed timeline, if Prime Minister Narendra Modi’s 'speed, skill and scale' mantra that was employed in Gujarat, is replicated at the national level. “I think there can be no better aspiration, there can no better future to look forward to, than to see that every citizen’s basic amenities are taken care of, and that’s the India we have been trying to work on,” he said.

Often termed as the suit-boot ki sarkar, (the government that is made of and for the suits), a reference made by the Congress president Rahul Gandhi in Parliament that quickly gained traction, the BJP has often come under fire for pandering to the needs of their upper middle-class and upper class vote-bank, and subsequently ignoring developmental crises in the country’s interiors. However, citing the implementation of various projects and developmental schemes such as the passing of one rank one pension (OROP), the construction of Bogibeel Bridge (which is the longest road-cum-rail bridge in Asia), the Train 18 Project, the Benami Property Act which led to several convictions, Goyal stated that this government aims to change the way projects are conceptualised, finalised, planned and then implemented. “In some sense, we are learning from the Japanese, where they take more time in the planning and structuring of the design of the project, than on actually implementing it on the ground,” he said.

Mere months ahead of the impending Lok Sabha Elections, presenting numbers that reflect the impact of the present government, Goyal added that under the Swachh Bharat Abhiyan, the BJP-led government has ensured that sanitation coverage now stands at 95%, up from 34% in 2014 when they first came into power. He added that the country is also transitioning from using traditional and harmful cooking methods such as coal, using wood, fig leaves, as 130 million families have been added to the initial tally of 120 million, who now have LPG connection. Affordable healthcare is also a priority, and Goyal said they hope to provide cover to 500 million people in the medium term.

“No child has to study under a streetlight ever again. No woman needs to be embarrassed, not being able to relieve herself between sunrise and sunset ever again. No child need be deprived of quality education and no elderly person needs to miss out on good healthcare in this country,” he said, signing off.