Pilot vs Scindia A PR Disaster For Congress In MP Bypolls

Congress star campaigner Sachin Pilot refuses to speak against BJP leader Jyotiraditya Scindia, says everyone free to decide which party they want to be in. 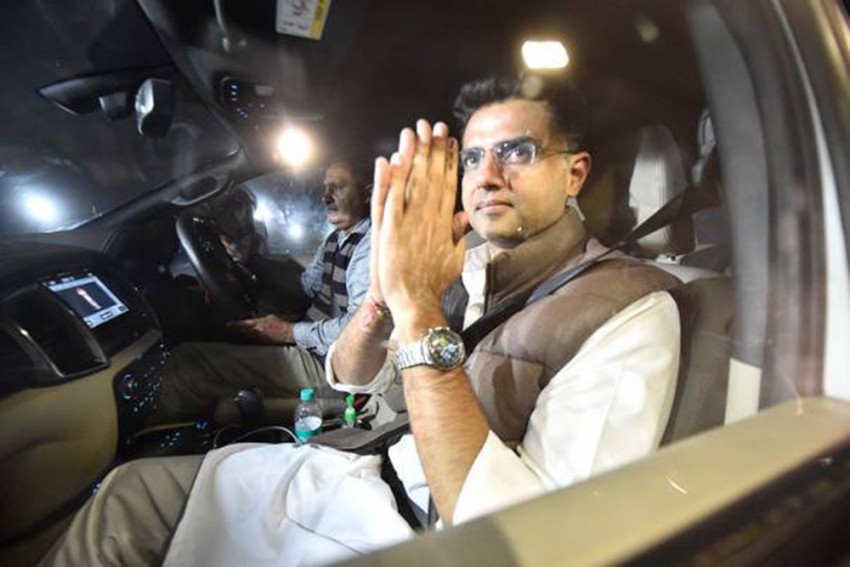 When the Congress party declared former Rajasthan deputy chief minister Sachin Pilot as its star campaigner for the Madhya Pradesh bypolls, the decision piqued curiosity. Pilot, the Congress had suggested, will campaign extensively in the state’s Gwalior-Chambal region where as many as 16 of the 28 bypoll-bound constituencies fall.

The region is the home turf of Rajya Sabha MP Jyotiraditya Scindia, Pilot’s close friend who defected to the BJP in March with a band of 22 Congress MLAs and brought down the Kamal Nath government. The cause for Scindia’s defection was his inability to play second fiddle to Nath and old-time bête noire Digvijaya Singh in the state’s politics. A few months after Scindia’s jolt to the Congress, Pilot too had rebelled against Rajasthan chief minister Ashok Gehlot and, for an entire month, kept his party’s government in the state hostage to his revolt. Scindia had, at the time, publicly expressed solidarity with Pilot’s revolt.

The similarities between Pilot and Scindia were many – the two dynasts have a reputation for good oratorical skills, both were close confidantes of Rahul Gandhi, both were rising stars in a party known for its deadwood, and both felt politically asphyxiated by their seniors. However, unlike Scindia, Pilot proved all speculation over his defection to the BJP wrong. He stayed within the Congress and pledged fealty to the Gandhi family after discussions with Rahul Gandhi and Priyanka Gandhi Vadra.

The Congress party’s decision to have Pilot campaign in Scindia’s bastion of Gwalior-Chambal, thus, seemed to have all ingredients of an electoral potboiler. It pit a leader who prioritized party loyalty and ideological commitment over personal ambition against a contemporary and friend who, as the Congress has been relentlessly asserting, turned traitor to settle personal scores and secured a Rajya Sabha seat as payoff.

That the Congress wanted Pilot to campaign only on those seats that fell within Scindia’s bastion and not across all 28 bypoll constituencies indicated that the party wanted to use the Tonk MLA to primarily reassert the contrast in their respective political values. Of course, it also helped the Congress’s cause that several of these constituencies border Pilot’s own karmabhoomi of Rajasthan and have a significant vote bank of Gujjars, the community that the axed Rajasthan PCC chief belongs to. Not to forget, a diatribe by Pilot against his pal and former party colleague would have made for catchy national headlines; amplifying the impact of his appeal for votes in favour of Congress candidates.

However, as Pilot winds up his two-day campaign tour in Madhya Pradesh on Wednesday, the Congress party’s grand plan has turned into a PR disaster. In the nine public rallies that Pilot addressed for Congress candidates in Karera, Pohri, Joura, Sumaoli, Gwalior, Morena, Dimni, Mehgaon and Gohad, Pilot refrained from making any comments against Scindia. In fact, on Tuesday, after having addressed five rallies in favour of Congress candidates through the day, Pilot even had a tête-à-tête with Scindia in Gwalior – the latter had called on his friend from Rajasthan and felt it appropriate to inform the press that he had welcomed Pilot to campaign in the region. Pilot returned the favour the next day when he responded to a question by news agency ANI over the Congress party’s “gaddar” jibe at Scindia by asserting that “every person is free to decide which party he wishes to be in and it is for the public to decide whether (the person’s) decision is right or not.”

The national headlines over Pilot’s campaign in MP have, naturally, been about his meeting with Scindia in Gwalior, his ‘pro-choice’ stand on electoral politics and his refusal to directly criticize his friend for defecting to the BJP.

Pilot’s speeches at rallies in favour of Congress candidates, may please his party’s high command as he ridiculed the BJP for its “jod-tod ki rajneeti”, accused the saffron party of “intimidating and bribing MLAs to grab power” and juxtaposed the bypolls with “satya-asatya, dharm-adharm ki ladai”. However, several of his utterances are unlikely to have gone down well with the party in MP or even back in Rajasthan where he continues to have frosty ties with Gehlot while awaiting political rehabilitation following his unceremonious ouster as deputy CM and state unit chief.

The Congress’s MP unit has been hard-selling the bypolls as a referendum against Scindia with the hope of keeping the Gwalior royal’s electoral citadel within the party fold. Pilot’s refusal to directly attack the BJP’s newly minted leader and instead focusing his criticism at chief minister Shivraj Singh Chouhan runs counter to the Congress’s bypoll strategy. Pilot even left his party’s nominee in Gwalior, Sunil Sharma, embarrassed while soliciting votes at a public meeting. “Umeedwar ne dharmpatni ko peeche bitha rakha hai… kaise mahilaon ka vote loge aap”, Pilot asked Sharma during the meeting, taking a swipe at the candidate for not ensuring a front row seat for his wife.

Gehlot, who had called Pilot “nakara aur nikamma” during the Rajasthan government crisis in August, isn’t going to be too pleased either. Pilot ensured at his rallies in MP to list out his long tenure as the Rajasthan Congress chief and the hard work he put in to revive the party after it was wiped out in the 2013 Assembly polls. “In the five years that the BJP was in power in Rajasthan when I was PCC chief, there were 27 bypolls and the Congress won 25 of them,” he said at several of his public meetings. It is difficult to imagine that the claim had nothing to do with Gehlot’s concerted attempts at undermining Pilot’s stewardship of the Congress in Rajasthan.

Pilot is now headed to Bihar to campaign for the Congress in the crucial assembly polls underway there. Kamal Nath, however, may have been left wondering whether it was wise of him to invite Pilot for campaigning in Gwalior-Chambal and whether he underestimated the Pilot-Scindia friendship.