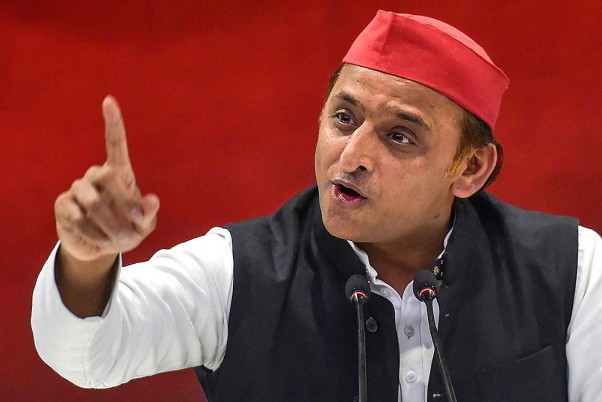 Samajwadi Party chief Akhilesh Yadav on Tuesday took a dig at the BJP government in Uttar Pradesh and claimed that people were “fed-up” with the Yogi Adityanath government and were forced to immolate themselves.

"The people of the state are fed up with BJP’s misrule due to which they are forced to immolate themselves in front of the state assembly to get justice for themselves. The assembly building and Lok Bhawan have offices of the chief minister, ministers, and senior officers but they are not hearing the voice of the common man," Akhilesh Yadav said.

According to officials, Lucknow's high-security Hazratganj area where the state assembly and various other ministry offices are located has emerging as a "self-immolation bid point" with three to four protesters trying to immolate themselves on a daily basis.

Taking a dig at Yogi Adityanath, Yadav claimed that the chief minister is avoiding the people of the state. "The CM has realized that he cannot stand in the next assembly polls in UP. That's why he is now busy in Bihar elections to avoid the concerns being raised by the people of UP."

"The concerns of the people from the districts are not being heard, due to which they are being forced to come Lucknow and immolate themselves,” Yadav said.

"The CM is only taking credit and inaugurating projects initiated during the SP regime. His only work is listing work of SP regime in his name,” Yadav added.

Regarding the inauguration of OPD services at Super Specialty Cancer Institute in Lucknow, the SP chief said that it was built during the SP regime and that the BJP government was "sleeping" during the past four years only to put a plaque of its name there.