The journalists in their petition sought a direction to the Centre to disclose if it or any of its agencies obtained licence for Pegasus spyware and used it, either directly or indirectly. 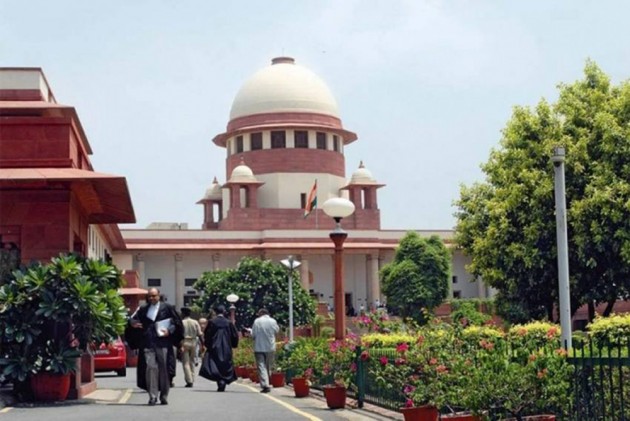 Senior journalists N Ram and Sashi Kumar moved Supreme Court Tuesday seeking an independent probe into the Pegasus scandal. The journalists in their petition sought the constitution of an independent committee comprising either sitting or retired SC judges to probe reports of various scribes, politicians and activists being snooped upon through Israeli spyware Pegasus.

The petition stated that the Pegasus scandal indicates that there’s an attempt by central agencies and organisations to prevent the exercise of free speech and expression of dissent in India. The petition is likely to come up for hearing within the next few days.

This development comes in the backdrop of media reports claiming that Israeli spyware Pegasus was used to snoop on numerous prominent Indian personalities.

According to a report published by The Wire, as many as 40 journalists, "three major opposition figures, one constitutional authority, two serving ministers in the Narendra Modi government, current and former heads and officials of security organisations and scores of businesspersons" were potential or past victims, who were snooped upon after their electronic devices were hacked.

Ram and Kumar in their petition sought a direction to the Centre to disclose if the government or any of its agencies obtained licence for Pegasus spyware and used it, either directly or indirectly, to conduct surveillance in any manner.

The petitioners claimed that investigations involving several leading publications around the world have revealed that more than 142 Indians were potential targets for surveillance using Pegasus software.

“The targeted surveillance using military-grade spyware is an unacceptable violation of the right to privacy which has been held to be a fundamental right under Articles 14 (equality before the law), 19 (freedom of speech and expression) and 21 (protection of life and personal liberty) by the Supreme Court,” it added.

The hacking of phones belonging to journalists, doctors, lawyers, activists, ministers and opposition politicians “seriously compromises” the effective exercise of the fundamental right to free speech and expression under Article 19(1)(a) of the Constitution, the petition said.

Such an act has an obvious chilling effect on expression by threatening invasion into the most core and private aspects of a person's life, it added.

The petition said hacking of phones using the Pegasus spyware constituted a criminal offence punishable under Sections 66 (computer related offences), 66B (punishment for dishonestly receiving stolen computer resource or communication device), 66E (punishment for violation of privacy) and 66F (punishment for cyberterrorism) of the IT Act, punishable with imprisonment and/or fine.

“The attack prima facie constitutes an act of cyber-terrorism that has several grave political and security ramifications, especially considering that the devices of government ministers, senior political figures and constitutional functionaries which may contain sensitive information have been targeted,” it added.

Earlier, another petition was filed by a lawyer before the apex court seeking a court-monitored probe by a Special Investigation Team (SIT) into the snooping row.