Home  »  Website  »  National  »  Pandemics Down The Ages: Starting From Typhoid In Ancient Greece To Covid-19

Pandemics Down The Ages: Starting From Typhoid In Ancient Greece To Covid-19

Before the Covid-19 pandemic, others have wreaked havoc across the world since ancient times 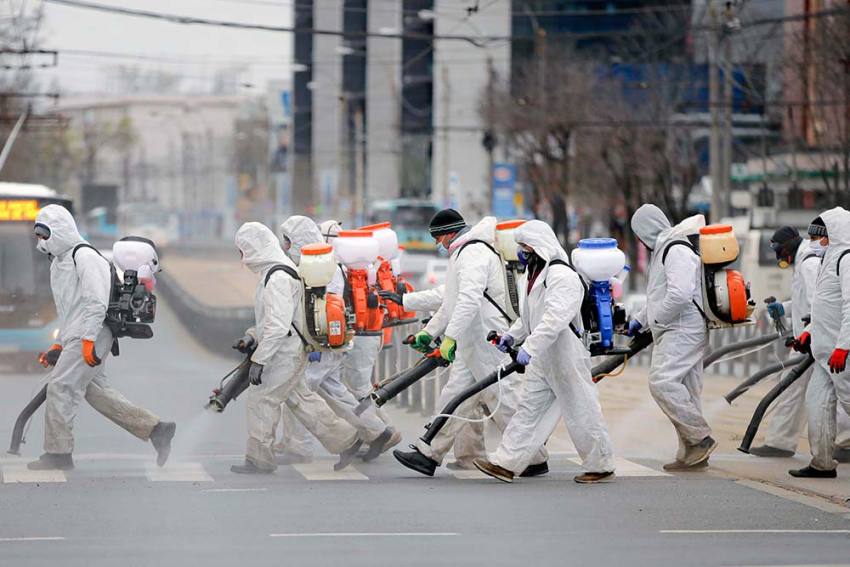 Municipal workers wearing protective outfits spray chemicals outside while disinfecting an area of the Romanian capital Bucharest, Romania, in wake of the coronavirus pandemic
AP Photo
Ramananda Sengupta 2020-04-02T21:36:08+05:30 Pandemics Down The Ages: Starting From Typhoid In Ancient Greece To Covid-19 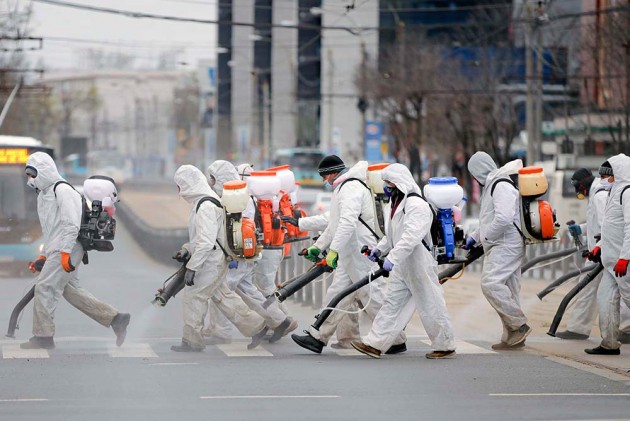 As civilizations spread, so did pandemics, some of which decimated millions of lives. From a strain of typhoid which devasted Ancient Greece to the Covid-19 virus ravaging the world today, here’s a list of some deadly pandemics down the ages.

This is probably the earliest suspected pandemic, or a disease that has spread across several continents. Originating near Libya, it passed through modern-day Libya, Ethiopia and Egypt to Athens, which was then under siege by the Spartans.

Although details are sketchy, historians argue that the Huns, nomadic warriors from Central Asia who terrorized much of Europe and the Roman Empire in the 4th and 5th centuries AD, infected Germans, who in turn infected Romans.

Symptoms: fever, sore throat, diarrhoea and, if the patient survived that, pus-filled lesions.

Impact: The disease broke out again almost a decade later, killing some 2,000 people each day in Rome. The total death toll is estimated at 5 million across the Roman empire, and it’s victims included a Roman Emperor and a significant section of the Roman Army.

Named after the Christian bishop of Carthage, (Tunisia) who described it as the end of the world, this plague started in Ethiopia and passed through north Africa, then onto Egypt and northward towards Rome. Panicked city dwellers fled to the villages, further spreading the infection.

Impact: The next three centuries saw recurring outbreaks, including in Britain in 444 AD. At its peak, there were 5000 deaths per day in Rome alone.

First appearing in Egypt, this was the first large pandemic of Bubonic plague. Named after Roman Emperor Justinian, it spread through Palestine and the Byzantine Empire and then across the Mediterranean region

Impact: Carried by rats and spread by fleas, the plague recurred sporadically over the next two centuries, killing an estimated 50 million people, or over a quarter of the world’s population.

This second-largest outbreak of the bubonic plague is said to have come from Asia, entering Europe through caravans and through a port in Sicily in 1347 A.D.where boatloads of plague-infected people landed. It spread rapidly across Europe, leaving dead bodies rotting on city streets.

Impact: It killed between 75 to 200 million people across Eurasia and Europe, and forced England and France to declare a truce to their war. It also led to the collapse of the British Feudal system, while the fierce Vikings from Greenland stopped their raids across Europe. In a rerun, bubonic plague killed at least 65,000 people, or almost of 20 percent of London’s population between 1346 and 1353. It also led the to slaughter of thousands of cats and dogs believed to be a possible cause. Half of Paris’ population of 100,000 perished.

The first of seven cholera pandemics over the next 150 years, this infection of the small intestine is believed to have started near Calcutta, India. Though cholera, spread from infected feces, existed in India down the ages, this time it spread to British soldiers, who took it to far reaches of the Empire. It also spread to Spain, Africa, Indonesia, China, Japan, Italy, Germany and America.

Impact: Total death estimates range from 2 million to 8 million. Despite a vaccine being created in 1885, the pandemics continued.

Spread by fleas in China during a mining boom in Yunnan Province, it moved swiftly to India and also Hong Kong.

Impact: It claimed over 15 million victims, mostly in India, and was a factor behind two rebellions in China. The pandemic was officially active till 1960, when the certified cases went below 200 deaths.

The first significant flu pandemic started in Siberia and Kazakhstan, spread to Moscow, and then into Finland and Poland, from where it spread to the rest of Europe and eventually Africa and North America.

First observed in Europe, and named after an outbreak Madrid, it spread quickly around the world. The most severe flu pandemic in modern history, it was caused by an H1N1 virus with genes of avian origin, leading it to be also called Bird flu.

Impact: An estimated 500 million people or one-third of the world’s population became infected with this virus. The number of deaths was estimated to be at least 50 million worldwide, about 675,000 of them in the US. It faded in the summer of 1919 when most of the infected had either developed immunities or died.

Reportedly originated in Hong Kong, it spreading through China and then into the US and then England, where14,000 people died over six months, A second wave came a year later.

Impact: Caused an estimated total of about 1.1 million deaths globally, with 116,000 deaths in the US alone. A vaccine was finally developed and helped contain the pandemic

First identified in 1981, AIDS destroys a person’s immune system, thus causing death by diseases which the body can normally defend against. Believed to have developed from a west African chimpanzee virus in the 1920s, the highly infectious disease was first observed in American gay communities in the late 1970s and quickly spread across the world, mostly through blood and genital fluids.

Impact: Over 35 million deaths so far, and though some treatments slow down the spread of the disease, a cure remains elusive. Treatments have been developed to slow the progress of the disease, but 35 million people worldwide have died of AIDS since its discovery, and a cure is yet to be found.

First identified in 2003 after several months of cases, Severe Acute Respiratory Syndrome is believed to have possibly started with bats, spread to cats and then to humans in China, followed by 26 other countries, infecting 8,096 people through respiratory droplets from coughs and sneezes. At least 774 died.

Impact: Massive quarantine efforts contained the virus, and China was criticized for trying to suppress information about the virus at the beginning of the outbreak. It also worked as a wake-up call to improve outbreak responses worldwide, helping keep diseases like H1N1, Ebola and Zika under control.

The novel coronavirus, from the family of viruses that includes the common flu and SARS, first originated in Wuhan China, and spread rapidly across the world.Though the first reported case in China came in November 2019, the World Health Organization formally declared it a pandemic on March 11, 2020, after it had spread to 114 countries and continued to grow exponentially.

Impact: 164 countries affected, extreme social and economic impact still being felt, with most of the world in lockdown or enforced quarantine. One again, China has been accused of not alerting the international health organisations in time. At least 48,576 deaths reported across the world as of noon April 2. No vaccine yet.