"I am Wing Commander Abhinandan, I am IAF officer. My service No is 27 981," the pilot, who is blindfolded, says in the video issued by the Pakistan Army, according to Press Trust Of India. 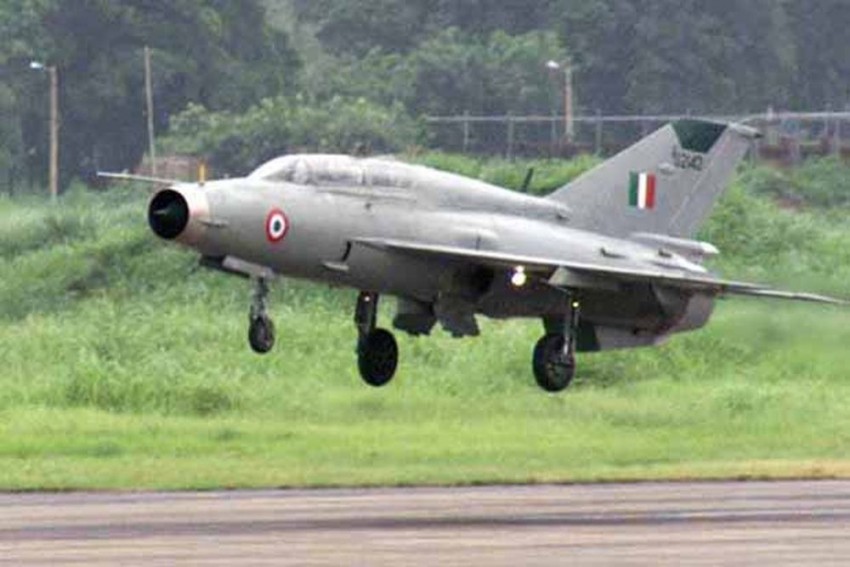 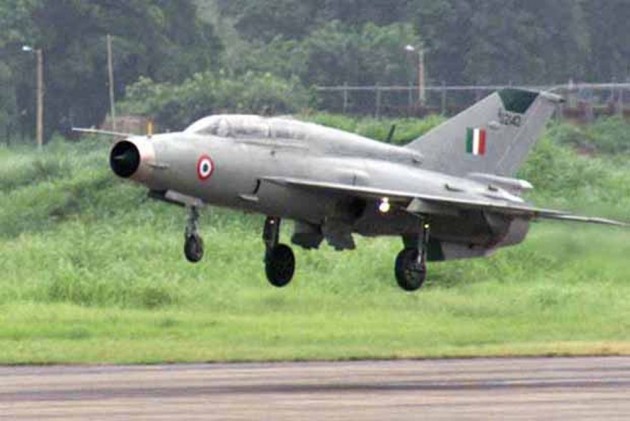 Pakistan on Wednesday claimed that it shot down two Indian military aircraft over Pakistani air space and arrested two pilots.

However, there was no official confirmation from the Indian government.

In a 46-second video released by the Pakistan Army, a blindfolded man claimed that he's IAF Wing Commander Abhinandan.

Outlook cannot verify the authenticity of the video being tweeted by the official handle of Radio Pakistan.

India has confirmed that it has lost an Indian Air Force MiG 21 Bison jet whose pilot was "missing in action".

"In this engagement, we have unfortunately lost one MiG 21. The pilot is missing in action. Pakistan has claimed that he is in their custody. We are ascertaining the facts," the Ministry of External Affairs said on Wednesday at a briefing.

Pakistani military spokesperson Major General Asif Ghafoor claimed that two IAF pilots were arrested. One pilot is injured and has been shifted to a hospital, while another one is unhurt, the spokesman added.

The spokesman also showed items and documents of the arrested pilots.

Addressing a press conference, he said one of the aircraft crashed in Pakistan occupied Kashmir while the other fell in Jammu and Kashmir.

"This morning PAF (Pakistan Air Force) jets while remaining in Pakistani airspace engaged six targets across the LoC," he said.

"Our pilots locked on those six targets and we struck on open places," he said, adding that it was decided that the PAF will not hit military targets.

He said some of the targets were in Bhimber galli and Naran area where the supply depots were engaged from a distance.

"After the PAF strikes, 2 IAF jets entered Pakistani airspace and the PAF took them on and the two IAF were shot down. The wreckage of one (aircraft) fell inside Pakistan (Pakistan-occupied Kashmir) while the second fell inside India," Ghafoor said.

"Original targets were military posts and administrative facilities but we did not target those," he said.

The spokesman claimed that target engaged by the PAF were changed to avoid any loss of life.

"It was not retaliation in the true sense but it was an action to show that we can retaliate. We do not want to push the region to war. We want peace," the spokesman said.

He also rejected reports that Pakistan used F-16 fighters and one of them was destroyed.

"Pakistan does not want to go for war, our message is peace. The international community should also play it role," the spokesman said.

"What we did today is in self-defence. We do not want to celebrate it, as war is victory of none as only humanity loses in war," he said.

He said war is also a failure of policy.

"We do not want to escalate but we want to follow the path to peace," he said, adding that the people of both countries and the region should live in pace.

"If you want peace then let us talk. No issue can be resolved through war. India should think about this offer with a cool mind," he added.