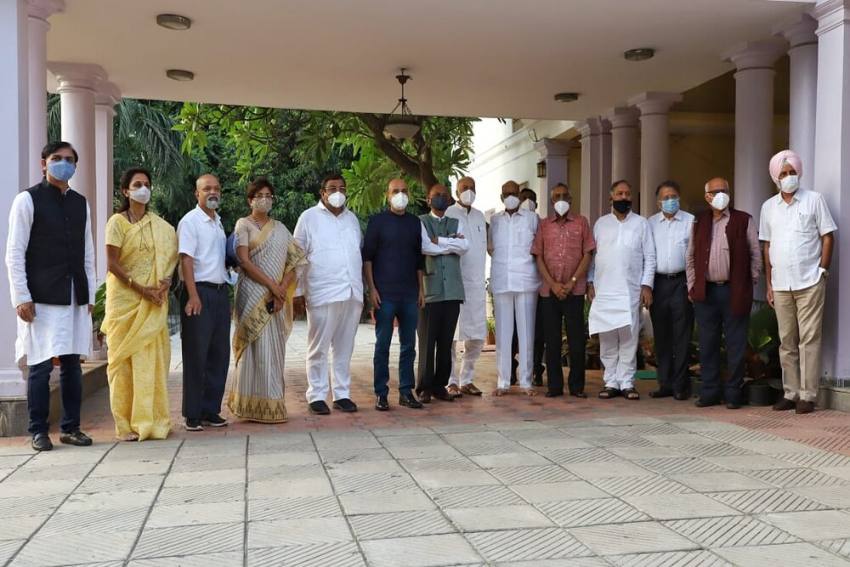 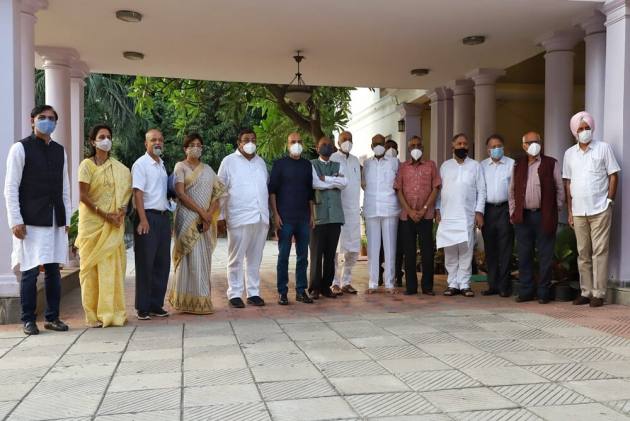 The much-hyped meeting of leaders of various Opposition parties at the residence of NCP chief Sharad Pawar, on Tuesday, ended as a damp squib with no talk among those present of forming an electoral alliance or federal front, sans the Congress party, to take on Prime Minister Narendra Modi. The discussions, though involving the urgent need for a cogent political narrative to counter the BJP, were largely confined to developing an “actionable blueprint” that various Opposition parties, including the Congress, can benefit from.

Addressing the media after the meeting, NCP leader Majeed Memon made it clear that the interaction was “not held at the behest of Sharad Pawar” as was being widely reported since Monday but was convened by former Union minister and Trinamool Congress leader Yashwant Sinha under the banner of Rashtriya Manch. Sinha had floated the forum in January 2018 after his departure from the BJP with the stated objective of bringing together like-minded individuals from various political parties and the civil society to discuss political, social and economic issues of national importance.

As reported by Outlook on Monday, the meeting did not involve any discussion on forming an electoral federal front without the Congress to take on the BJP in the 2024 Lok Sabha polls nor was there any concerted effort to exclude Congress leaders from the interaction. Memon said the Manch had invited Congress leaders Manish Tewari, Vivek Tankha, Kapil Sibal, Shatrughan Sinha and Abhishek Manu Singhvi but they could not make it to the meeting because of prior commitments. Tewari and Sinha were among the founding members of the Manch and both confirmed to Outlook that they had received an invite from Yashwant Sinha for Tuesday’s meeting but had to excuse themselves as they were not present in Delhi.

Outlook had reported on Monday that while Sinha, as founder of Rashtra Manch, had convened the meeting, Pawar had offered to play host and suggested that a few other political leaders and civil society members who were not originally associated with the forum be invited too. A section of the media had reported that Tuesday’s meeting was essentially the idea of political strategist Prashant Kishor to project Pawar as an acceptable face of a non-Congress Opposition front that can take on the BJP in 2024. Sources present at the interaction told Outlook that there was “no talk of excluding the Congress” from any political or electoral plan to challenge the BJP and that “Kishor was not and is not involved with this exercise in any manner and he was not invited for these talks either.”

Tiwari told the media that a wide range of subjects touching the present political, economic and social issues in the country were discussed at the meeting. It was decided that Yashwant Sinha will, in the days to come, constitute a team comprising leaders from various like-minded Opposition parties and the civil society to draft a vision document and roadmap that can provide an alternative narrative to the BJP’s political, economic and social agenda.

Sources said that though the attendees discussed ways to counter the BJP, there was no mention in the meeting of any plan to exclude the Congress while forming a federal front. “Everyone present realizes that any united electoral or social campaign against the BJP will need to have the Congress as a major component. There was no individual specific remark on the ability, or lack of it, of Sonia Gandhi or Rahul Gandhi to take on the BJP. Everyone present did commend Pawar’s stewardship of the MVA alliance in Maharashtra and Mamata Banerjee’s victory in Bengal but there was absolutely no talk of projecting either of them as the face of an anti-BJP poll alliance by excluding the Congress,” a senior political leader present at the meeting told Outlook.

The gathering also discussed the ongoing farmer agitation at length and whether Opposition parties must publicly affiliate themselves with the protests. Sources said there was no consensus on the subject. “Some of those present believed that Opposition parties must actively participate in the protests but others argued that since the farmer unions did not want political faces to hijack their movement, the most we must do is to continue expressing our solidarity with the farmers and demanding a repeal of the three controversial laws. The protests are organic in nature and several people present at the meeting said we should let it be so. Others argued that a strong political push, coupled with senior leaders courting mass arrests along with their party cadres should be a way forward but there was no unanimity on this,” one of the invitees to the meeting told Outlook.

Another leader who participated in the talks said most members “scoffed at the idea” of excluding the Congress from any political campaign against the BJP. “Every single member present at the meeting has a high intellectual caliber and is alive to political ground realities. The Congress is in a direct fight with the BJP on over 200 Lok Sabha seats and in another 100, even if it doesn’t register a victory, it has a substantial vote share that cannot be dismissed on the whim that a non-Congress federal front will defeat the BJP. So where is the chance of a federal front without the Congress being a winning prospect,” the leader said.

Sources said while the members talked frankly on social and economic issues, they were equally restrained in discussing political alternatives. “We had members from the Left parties present at the meeting; any talk of projecting Mamata as the face of a so-called federal front would have offended them. Similar, problems would have arisen by foisted any other leader as a potential face of an alliance,” a member present at the meeting said. He added, “alliance talks involve senior leaders of political parties and are confidential in nature, they don’t take place with 20 other members of different persuasions present in the room.”