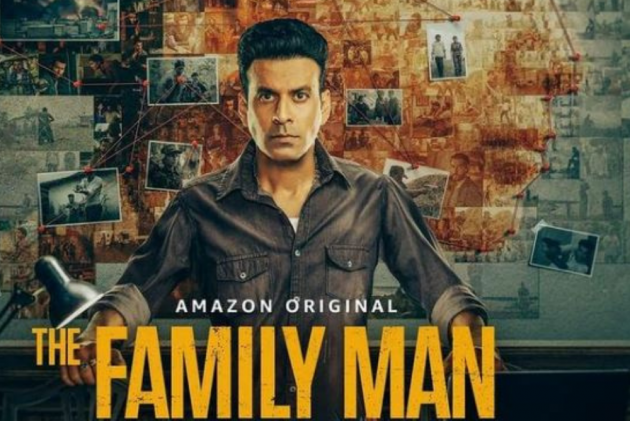 The Tamil Nadu government has also joined the bandwagon of Opposition leaders from the state demanding that season 2 of the web series ‘The Family Man’ be banned claiming “it depicted Eelam Tamils in a highly objectionable manner.”

In a letter to Union information Minister Prakash Javedkar, state information technology minister T. Mano Thangaraj argued that the web series (due to release in June on Amazon Prime Video) could affect the maintenance of harmony in the state as it not only hurt the sentiments of Eelam Tamils but also the feelings of the people of Tamil Nadu.

Though less than two minutes in running time, the trailer showed actress Samanth as a Tamil militant swearing revenge and a security agent stating that there was a nexus between the rebels and ISI. Both Samantha and the directors of the series have urged the audience not to prejudge the series based on the trailer and to reserve their verdict till they watched the entire web series.

The Minister described the contents of the series in Hindi as “condemnable, inappropriate and malicious”, and that the recently released trailer was aimed at discrediting and distorting the historical struggle of Eelam Tamils in Sri Lanka. “Their sacrifices and their democratic battle have been intentionally undermined and a serial, which is loaded with insults and insinuations against the glorious Tamil culture, could never be considered as one having any broadcasting value,” the Minister argued.

Already opposition leaders Vaiko and Seeman had made similar demands claiming it demeaned the historical struggle of Eelam Tamils against oppression by the Sinhala majority. For Vaiko and Seeman, whose politics have thrived only on the issue of Sri Lankan Tamils and have portrayed themselves as the sole heirs of the deceased LTTE leader V. Prabhakaran, snatching the trailer to grab media limelight was an opportunity not to be missed. “Tamil speaking actress Samantha is shown as a terrorist having connections with Pakistan terrorists. This has hurt the sentiments of Tamil people,” Vaiko had fumed. “The series seeks to intentionally portray the LTTE as terrorists and Tamils as vicious people,” Seeman alleged and went on to warn of dire consequences if the series got released.

The ruling DMK has been forced to jump into the fight having presented itself as the prime protector of Tamils across the globe and more recently as the foremost defender against onslaught on Tamil culture and state autonomy by the BJP during the recent Assembly elections. Having come to power, it does not want to be found wanting in defending Tamil culture when opposition leaders have taken the lead. The DMK also suffers from a guilty conscience as it was a mere spectator, more keen to protect its place in the UPA government, when the LTTE was outrun by Sri Lankan forces in April-May 2009.

It also remains to be seen how those who had objected to demands of a similar ban on Saif Ali Khan starrer “Tandav” as an assault on freedom of expression would now react to a similar demand coming out of the southern state.