We have already decided to set up a multi-disciplinary task force to formulate an exit strategy for gradual relaxation of curfew, Punjab Chief Minister Amarinder Singh told Outlook. 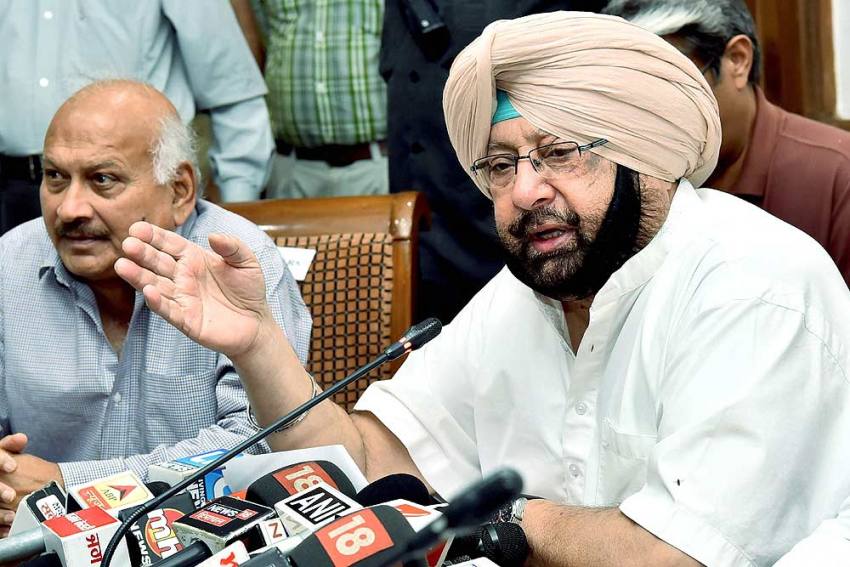 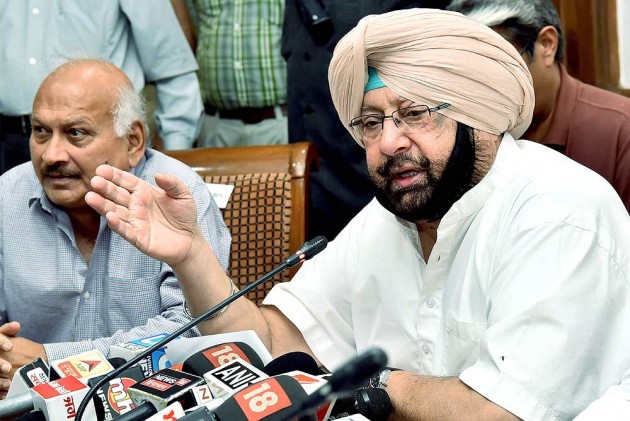 With a huge NRI population, Punjab was watched anxiously for the coronavirus outbreak. Initially, there was panic in the 'NRI belts' like Nawanshahr, where the Covid-19 cases suddenly shot up. But now Chief Minister Amarinder Singh appears to be in control, and he tells Harish Manav that his state has a plan in place to combat the pandemic.

Q: The number of of covid-19 positive cases are still going up in Punajb, how prepared is your government?

A: Yes, the rise in the number of cases continues, though Punjab is still relatively better placed than many other states. It would go up here, as well as around the world, in the coming days before the curve is flattened. Our efforts in handling the situation are two-pronged. The first is medical focused, and the second is preventive. We were the second state, after Kerala, to go for a lockdown, and the first, in fact, to impose a total curfew. And we ensured the curfew was strictly enforced. Interestingly, 80% of the villages in Punjab have gone for self-isolation or sealing, with the people wholeheartedly supporting the government’s measures.

Q: There is a lot of emphasis on testing. Where does Punjab stand in terms of testing?

A: This comes under medical strategy. With only two government hospitals in the state permitted initially to do testing, along with PGI Chandigarh, the pace was slow, though we continued to scale up the tests to over 800 a day even with these minimal facilities. Since then two private labs have been given permission and we have now asked the Centre’s permission to add two Ludhiana government hospitals to the list. We are also awaiting the rapid testing kits to come in, so we can go for mass testing. In the meantime, we have deployed mobile vans in hotspot areas to test. We are also continuously expanding our isolation facilities with equipment and manpower. Retired doctors are on standby to pitch in as and when needed. It is a long and difficult battle but will be victorious.

Q: First it was said that around 95,000 NRIs have come to the Punjab since January. This figure was later revised to 55,000 people. What is the actual status?

A: There is no revision, these are two different sets of numbers. The 95,000 NRIs were the ones who arrived directly to Punjab, at Mohali and Amritsar airports as well as the Wagah and Kartarpur Sahib land ports before the lockdown was announced. They were home quarantined and subsequent screening showed five positive cases, all of whom have been admitted to isolation wards of hospitals. Most of the other cases have now completed their quarantine period.

Then there was this list of 55000 NRIs/foreign travelers who had arrived in Delhi and their list was shared with us by the Centre. Though they were all tested at the Delhi airport, on the directions of the Centre, we started their tracing and contact tracing, which is now mostly complete.

There are a few cases where we believe passengers are still hiding their travel and contact history. I have appealed to them to come forward voluntarily or else their passports would be impounded.

Q: Have you asked the Centre or governments abroad to arrange the evacuation of NRIs from Punjab?

A: The decision on evacuation of foreign nationals, including NRIs, is being taken by the Ministry of External Affairs on a case-to-case basis. Since March 31, 825 NRIs have gone back, this is an ongoing process.

Q: Earlier Nawanshahr, the NRI belt of the state, was the hub of covid-19 cases but now Mohali has replaced it, despite it having the best health infrastructure.

A: Nawanshahr is still a hotspot though what happened there was that cases were mostly interlinked. Now eight of these patients have fully recovered, including a 2-year-old. You have to remember that the number of cases go up once testing is taken up on extensive level in any area. In Mohali that is what happened, and the cases went up to 42 as a result of increased testing. This is the trend the world over – more testing leads to more positive cases coming up, and the pandemic management strategy gets aligned to that.

Q: As Punjab has borders with Haryana, Himachal, Jammu, Rajasthan as well as with Pakistan, is it at all possible to seal all of them?

A: It was more of a manpower exercise than anything else, since all the neighbouring states also went in for sealing of the borders. With Pakistan, the border, in any case, remains sealed. The national lockdown made things easy as no movement of people has been allowed. For transport of essentials, we have already set up a control room to coordinate with other states and also with the Centre.

Q: There were reports that there is an acute shortage of masks and PPE kits in Punjab.

A: There is no shortage of medical equipment to deal with the crisis at present, and as part of our preparedness plan, we have already ordered more critical and essential equipment. At the moment we have a total of 5000 beds available for Covid-19 patients, including private sector beds. A total of 52 government and 195 private isolation centres have been identified. There are 76 functional ventilators in government hospitals and 358 in private hospitals, while 93 more have been ordered. A total of 66,490 N-95 masks are available and fresh orders have been placed for 27 lakh more. While we already have 16,000 PPE kits, 2 lakh more have been ordered. We have also ordered 891 more oxygen cylinders in addition to the available stock of 823. Medicines are procured by Health Systems Corporation & supplied as per protocol to all treatment facilities. The Cabinet has given complete authority to the Procurement Committee to make any purchases it deems necessary.

Q: You have demanded Punjab's GST share from Centre, as also a relief package. Are you hopeful of getting the funds?

A: What we have received from the Centre is definitely not sufficient to battle a crisis of this magnitude. Apart from part of our GST arrears, all we have got so far is a meagre Rs 225 crore on account of Disaster Relief, and Rs 296 crore against MGNREGA account with Rs 632 crore towards Finance Commission grant. How can we manage with this? We need money for medical equipment and for providing food to lakhs of people, including migrant labourers. We have expenses to be met in the procurement operations beginning next week, apart from the routine salary and other payments that need to be made.

We have already sought a special economic package from the Centre, in addition to the release of the pending GST arrears. They also need to give more concessions to industry and agriculture on priority to meet their urgent needs. This includes payment of wages by industry to their workers for the lockdown period, which is going to continue for some more time.

Q: This Rabi season too Punjab is expecting a bumper crop of wheat. How will the harvest take place, with a shortage of labourers as well as social distancing?

It’s a big challenge but we are fully geared up for it. As far as labour is concerned, we don’t have any shortage. We managed to ensure, through several proactive steps, to keep all the 7.5 lakh migrant labourers in the state after the lockdown. They are being taken care of, with food and shelter provided to them, and in some cases, even wages. We are also drawing on the MGNREGA force to handle the operations.

We have taken several key decisions to prevent overcrowding at the Mandis. We are planning district and village wise staggered procurement, with passes to be issued to the farmers. We have also doubled the number of purchase centres this year to 3800 and have authorized the DCs to add more if needed. There is a 30-member control room set up to coordinate and provide logistic support through the season, which will continue till June 15 this year. At the Mandis, social distancing will be maintained with sanitisers and hand washing facilities. The DGP is drawing up a comprehensive plan to ensure security at the Mandis and check over-crowding. Guardians of Governance and NCC cadets are being roped in to help in the process. We have also asked the Centre for incentives for farmers to delay bringing in their produce and I hope they accept our suggestion.

Q: What is the plan to tackle the post-lockdown situation?

A: We have already decided to set up a multi-disciplinary task force to formulate an exit strategy for gradual relaxation of curfew. The task force will submit its report within 10 days and will have about 15 members representing trade, business, industry, agriculture, civil society and health care professionals. We are also going to establish a high-powered committee to suggest a road map for state's economic revival in post-Covid19 era once the crisis softens and normal working is restored.