A statement released on Sachin Pilot’s WhatApp group claimed he has support of 30 Congress MLAs and the Gehlot-led government is now in minority. 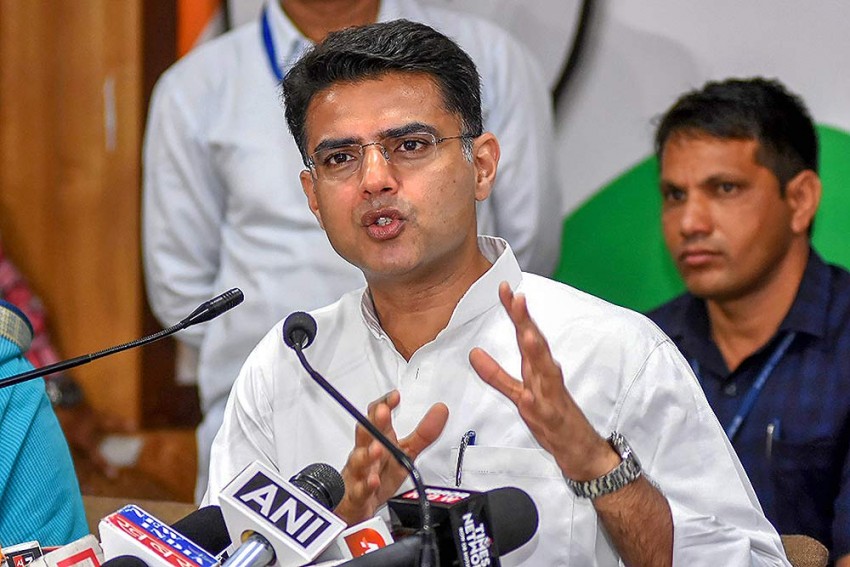 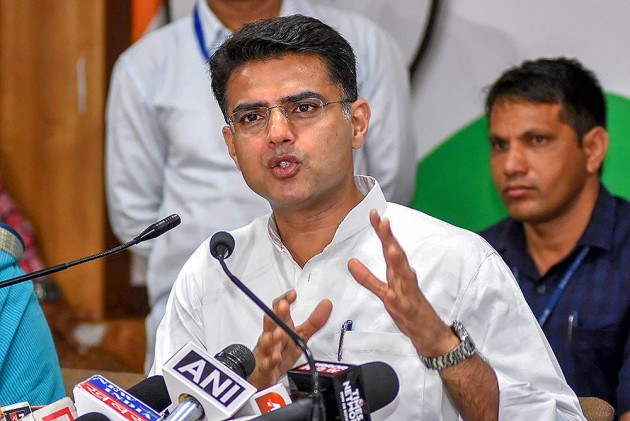 After a day of many twists and turns, the high-pitched political drama in Rajasthan is now veering close to a repeat of what transpired in Madhya Pradesh in March this year. Sources say Rajasthan Deputy Chief Minister Sachin Pilot has rebuffed his party leadership's efforts at brokering peace between him and Chief Minister Ashok Gehlot.

Pilot, it is learnt, has now opened a line with the BJP leadership and is seriously considering switching to the saffron party, just as his friend and former colleague Jyotiraditya Scindia had done over three months back.

Pilot on Sunday declared open rebellion, claiming that he has the support of 30 Congress MLAs and some independents in the state assembly. A statement released on Pilot’s WhatApp group claimed that the Gehlot-led Congress government is in minority now. It said Pilot, who is also the state Congress president, will also skip the Rajasthan Legislature Party meeting called on Monday morning.

If Pilot gets support of 30 MLAs as he claims, it is enough to destabilise the Gehlot government which presently has the support of 123 legislators in the 200-member Assembly.

However, the Gehlot camp in the Congress has dismissed this claim, insisting that the Congress government will survive the crisis.

Sources told Outlook that after the CLP meeting convened by Gehlot in Jaipur on Monday morning, the Rajasthan CM is likely to do a headcount of the legislators supporting his government, including a dozen independent MLAs.

"If need be, we are willing to parade our MLAs before the Governor. The government enjoys a majority," a senior minister and Gehlot confidante told Outlook.

The statement on Pilot's WhatsApp group appeared just as ministers and Congress MLAs were gathering at Gehlot’s official residence in Jaipur for a meeting to express support to the chief minister.

Pilot is also in touch with Scindia, sources told Outlook. Meanwhile, Scindia has tweeted saying his former colleague is being "sidelined and persecuted" by Gehlot.

Sad to see my erstwhile colleague, @SachinPilot too, being sidelined and persecuted by Rajasthan CM, @ashokgehlot51 . Shows that talent and capability find little credence in the @INCIndia .

The BJP, say sources close to Gehlot, is unlikely to go by Pilot's word and that the deputy CM would have to prove to the BJP leadership that he indeed has the backing of 30 legislators.

The BJP in Rajasthan has 72 MLAs and support of six others from its allies. This means that the party is currently 23 MLAs short of majority.

The Gehlot camp is also learnt to be in talks with a few BJP legislators and some of the party's allies. Besides, some Pilot loyalists like health minister Raghu Sharma had met Gehlot earlier on Sunday and pledged their loyalty to the Congress.

It remains unclear whether, given the constantly changing political arithmetic in Rajasthan, Pilot really has the support of 30 legislators as he claims or if this is another ploy to test political waters and drive a hard bargain with the Congress leadership to win a round against Gehlot.

Congress leaders Avinash Pande, Randeep Surjewala and Ajay Maken who had reached Jaipur amid the escalating tension amid the two Congress leaders, have been asked not to leave for the city tonight, according to party sources.

Meanwhile, a large chunk of Congress MLAs loyal to Gehlot met the CM at his residence late Sunday evening to discuss the strategy for Monday's CLP meeting. The MLAs continued to insist that there was no threat to the government.

The Deputy CM had skipped a meeting of the Gehlot cabinet in Jaipur and instead drove to Delhi on Saturday in an apparent bid to apprise the Congress high command of his growing discomfiture with his boss’s functioning style.

Pilot's arrival in Delhi and speculation over another 19 legislators -- 16 Congress MLAs and three independents -- moving into hotels in Delhi and Gurgaon had led to rumours that the state was likely to see the government being toppled.

Rajasthan Crisis: Notice Sent By Police Had Upset Sachin Pilot, Made Him Head To Delhi