Only a few dignitaries, like CM Mamata Banerjee, Governor Jagdeep Dhankhar and select top state government officials, will be present to witness the parade at Red Road 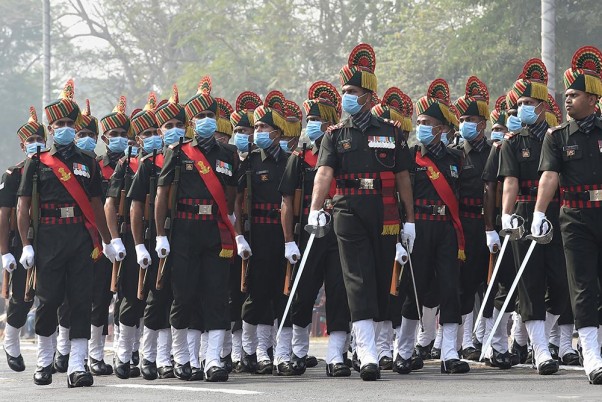 In the wake of Covid-19 pandemic, the Republic Day celebrations in Kolkata will be toned down with only a limited presence of top digitaries and no spectators will be allowed to witness the grand parade, said a senior official on Monday.

Chief Minister Mamata Banerjee, Governor Jagdeep Dhankhar and select top state government officials are amongst the few dignitaries to witness the parade at Red Road in the heart of Kolkata, the official added.

"This year, the Republic Day parade will be shorter in the wake of the Covid-19 pandemic. No spectators will be allowed at Red Road like the previous years. Only a few VVIPs other than the CM, the governor and a few senior bureaucrats have been invited," he said.

Around 200 contingents will take part in the parade on Tuesday, the state government official told PTI.

The seating arrangements have been made following the Covid-19 protocols of physical distancing, he added.

Usually, the entire Maidan area around the venue is barricaded as thousands of enthusiasts come to the city to witness the parade, a senior Kolkata Police officer said.

"However, this year we have decided to put the barricades only around the surrounding areas of the Red Road to stop the entry of the common people to the venue," he said.

The work to barricade the venue started on Sunday, the officer said.

"Senior officers of the rank of assistant commissioners and 12 deputy commissioners will be on duty at the venue for the Republic Day celebrations. Adequate security arrangements are in place. We will not take any chances," he added.

Sniffer dogs and bomb squad personnel will be scrutinising the venue and the surrounding areas from time to time to ensure foolproof security, the officer said.