Earlier, on January 7, a Delhi Court, while issuing death warrant to the Tihar Jail authorities to hang all the four convicts on January 22, had also asked the death convicts to use their legal remedies within 14 days. 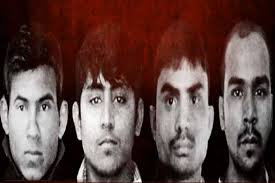 The Delhi High Court on Wednesday gave all death row convicts in the Nirbhaya gangrape and murder case one week to exhaust all legal remedies available to them.

It dismissed the Centre and the state governments' demand to allow separate hangings. The Centre has now challenged the Delhi High Court decision in the Supreme Court.

Earlier, on January 7, a Delhi Court, while issuing death warrant to the Tihar Jail authorities to hang all the four convicts on January 22, had asked the death convicts to use their legal remedies within 14 days.

Can a court order such a deadline?

“Even if the courts have said so, it doesn’t curtail the statutory rights awarded to a death convict,” S Wasim A Qadri, a senior Supreme Court lawyer said.

Qadri admitted that such an observation or direction was not required as the question before the court was whether or not separate hangings be allowed.

The four death convicts have been delaying the hanging using legal loopholes.

Nishant Kr Srivastava, a criminal lawyer from the Actus Legal law firm, says such a direction is a coercive one. “It would be too harsh a condition to put on convicts awaiting their hanging to exercise their legal remedies within 7 days,” says Srivastava.

Experts have also said the Centre and the Delhi governments' move to seek separate hangings despite a well-established law saying the death convicts of the same crime have to be hanged together.

“If the government amends the law at this juncture, it will be applicable in prospective cases. These convicts will still get the benefit of the gap in the law if there are,” Says DK Garg, an SC Lawyer.