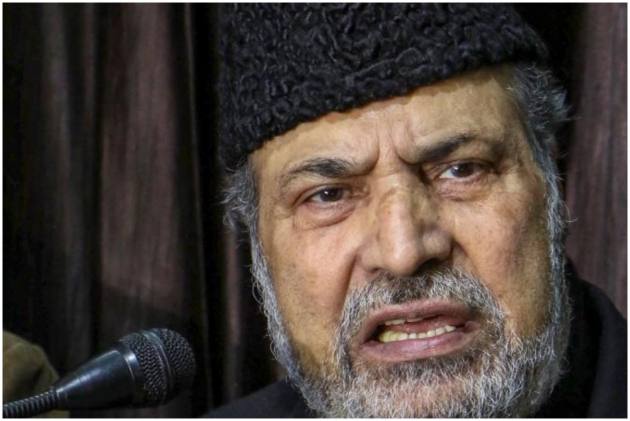 With former deputy chief minister Muzaffer Hussain Baig saying any discourse on Article 370 outside the Supreme Court amounts to contempt of the Court, National Conference has described his arguments as “specious and evasive" and a ploy to dissuade people from talking about Article 370.

“The pendency of as many as 144 petitions against Citizenship Amendment Act (CAA) did not make political parties feel dissuaded from making the CAA an election issue, vocally opposing the CAA in the poll campaign and promising no CAA in Assam if voted,”  National Conference leader and Member Parliament Hasnain Masoodi said.

“The argument of “case being sub judice” advanced by some leaders to avoid taking a stand  on the revocation of  the special status guaranteed to Jammu and Kashmir under the Constitution of India is as specious and evasive,” Masoodi, who is a former judge of Jammu and Kashmir high court, said. He said the pendency of petitions before the Supreme Court challenging the August 5, 2019 decisions does not stand in way of the government of India to undo injustice and  revoke a constitutionally suspect law.

Baig during the meeting with the Prime Minister on June 24 asked Dr Farooq Abdullah whether they have filed a case challenging abrogation of Article 370 before the Supreme Court. Baig says when Farooq Abdullah replied in the affirmative, he told him that the NC has the advantage to talk about it before the Supreme Court only not in any other forum.  Dr. Farooq had raised the issue of abrogation of Article 370 before the Prime Minister.

However, National Conference is describing it as a ploy to dissuade people from talking about the restoration of Article 370. On Saturday Omar Abdullah rejected the argument and on Sunday the NC fielded Masoodi to challenge Baig.

“The perpetrator of an unconstitutional act, notwithstanding challenge to the act, is always free to reverse the decision and restore the majesty of law and constitutional supremacy. It also does not either forbid a person, group of persons or a political party from articulating its viewpoint or taking a stand on the matter,”  Masoodi said.

“The Kerala and West Bengal Assemblies during the pendency of the challenge to CAA even passed resolutions against CAA and NRC. The Kerala leader took the stand that “the Act contradicts basic values and principles of the Constitution.” The same is true about farm laws where though the constitutionality of the laws is going through judicial scrutiny, the political parties are vying with each other to support the farmers' agitation and call the challenged laws as “black laws" to economically exploit the peasants and agricultural labourers,” he added.

Masoodi said once it comes to abrogation of the special constitutional status of Jammu and Kashmir the leaders shy away stating that the matter is “sub judice”.

“Our principled stand is that restoration of August 4, 2019, constitutional position alone would lead to durable and lasting peace in Jammu, Kashmir, and Ladakh and fulfill aspirations of the people,” Masoodi said.

Later the NGO, People's Union of Civil Liberties (PUCL), Jammu and Kashmir High Court Bar Association and National Conference, former IAS officer turned politician Shah Faesal have filed petitions in the apex court challenging Jammu and Kashmir Reorganisation Act, 2019, which splits J&K into two Union Territories-Jammu and Kashmir, and Ladakh and revocation of Article 370. The case has been admitted by the Apex Court.

In November last year J&K Peoples Conference of which Baig is the patron filed a plea in the Supreme Court seeking an early hearing of a batch of petitions, challenging the Centre’s August 5, 2019, decisions.  The Peoples Conference had argued in spite of pending the final hearing of these petitions challenging the abrogation of the special status of the erstwhile State of Jammu and Kashmir and the abrogation of the Constitution of Jammu and Kashmir, sweeping changes are being brought about by the Centre that impacts the rights of a large number of people, including dilution of the safeguards earlier available to the permanent residents of the erstwhile State of Jammu and Kashmir.”  The PC had said petitions be heard and disposed of urgently in view of changes being made in J&K.