Justice MSA Siddiqui spoke to Outlook about the status of madrasa education in India and said that most government grants go to fake madari (madrasas). 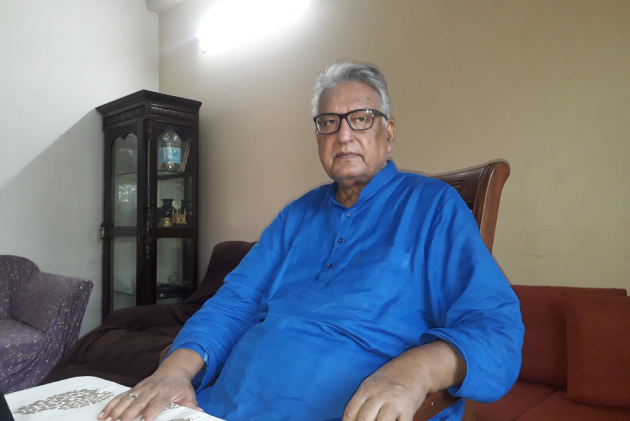 Justice MSA Siddiqui, who was the chairman of the National Commission for Minority Educational Institutions for ten years, from 2004 to 2014, has asked the Centre to stop all grants to fake madaris (madrasas) in India as, according to him, these grants are not being spent for the right cause. He says that government must develop a framework to ensure that public money is not being spent on bogus practices.

Justice Siddiqui spoke to Outlook about the status of madrasa education in India and said that Muslim youth are more interested in pursuing a career in Bollywood and want to become Shah Rukh Khan and Salman Khan but not IAS officers.

Reform Within: How A Madrasa In Madhubani Is Blending Change With Tradition

What are the major challenges that madrasa education is facing in India today?

I believe it is corruption and the involvement of middlemen in the process of disbursement of government’s grants. When I was the Chairman of the National Commission for Minority Educational Institutions from 2004 to 2014, I had flagged this issue to the government but nothing happened. Even after seven years since I have left the commission, these issues are as relevant as they were then. The only way to weed out corruption is to stop giving grants to fake madaris.

Can you elaborate on the kind of corruption prevalent and why it is difficult to eradicate it?

Look, the government grant is being disbursed to madaris through district minority welfare officers (DMWO), who are present in every district. Normally, these officers are hand-in-glove with fake madaris who run on papers by Maulvis. The officers give grants to such madaris and get a handsome commission from them. I had received complaints from media persons during one of my visits to Meerut when I was in office. They complained that when they went to cover those fake madaris, they were chased by anti-social elements. Pursuant to their complaints, I had asked the Collector, Meerut to conduct an enquiry and we found that about 4000 madaris were running on papers only but getting regular grants from the government.

In fact, one of the most interesting cases I had found was in Gonda where a Pandit Ji was running a primary school but was taking a madrasa grant from the DMWO.

But don’t you think stopping grants will impact the education of several madaris who can’t afford to run on their own?

No, what I mean to say is that government should ensure that the grant is going to the right madrasa. 90 per cent of madaris don’t accept grants from the government. They run on donations. The big madaris such as Darul Uloom Deoband and Darul Uloom Nadwatul Ulama in Lucknow don’t take government grants because they are afraid that the government might interfere in their academic matters. But the biggest disadvantage of the grant is that it brings a bad name to madrasa education in India. Fake madaris indulge and promote corrupt practices and soil the reputation of the good ones and the whole system. I have recently heard that 2.5 lakh fake students were enrolled in madaris in Uttarakhand. These maulvis, who are into corrupt practices, have no respect for the tenets of Islam.

Why is there no state-wise data of madrasa or any registration process to keep a watch on fake and genuine ones?

Some states have madrasa boards that give affiliation to madrasa but many states don’t have any such administrative set up to keep a watch on their existence and activities.

Even all the madaris don’t have any common curriculum, syllabus or any standard teaching method. Why?

Yes, I agree, that’s another challenge. I had proposed a Central Madarsa Board once when I was the Chairman. The purpose was to develop a class-wise and subject-wise common study curriculum for all the madaris but many Muslim scholars raised their objections as they felt that it would undermine their academic independence. Besides, there are ideological differences among Muslim communities which has a direct impact on the madrasa education. So they also oppose the common curriculum.

Do you think poverty is the biggest obstacle in educating Muslim kids in India?

I believe poverty cannot come in the way of getting a good and right education provided youngsters are motivated and driven. We have examples of people like Lal Bahadur Shastri who belonged to an extremely poor family but still, he got education despite all challenges. The problem with Muslim youngsters is that they want to become Bollywood actors like Shah Rukh Khan and Salman Khan but don’t want to work hard to become IAS officers. My point is that good education is very important both for Muslim boys and girls. I think girls are more focused on education than boys in the Muslim community.

Over a period of time, madaris have adopted modern education, science and English teaching among other things, however, what do you suggest to make them more relevant with the changing time?

Personality development, skill education, information technology, computer education, quality teaching are some of the areas they should focus on. But before that, I think the most important thing is bringing parity with mainstream education and developing a common curriculum. I don’t mind if they continue to impart religious education. That’s also important as a religious person can never be communal and similarly, a communal person can never be religious.