Yogi Adityanath had recently unveiled an ambitious plan to set up the film city in Noida and rolled out an open offer to film fraternity to come to Uttar Pradesh. 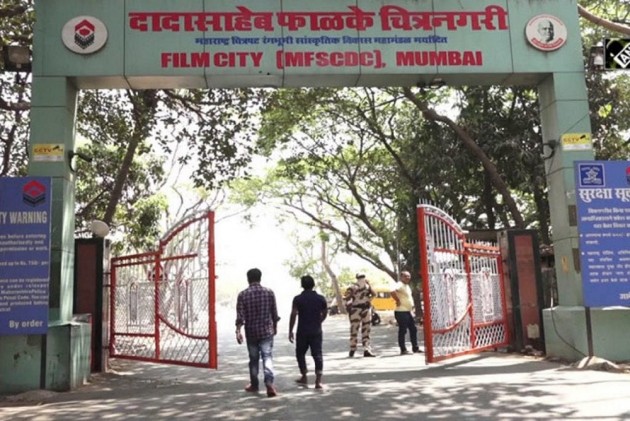 The Indian Motion Picture Producers’ Association (IMPPA) on Friday wrote a letter to Maharashtra Chief Minister Uddhav Thackeray, stressing that the film industry will continue to stay in the city.

Adityanath had recently unveiled an ambitious plan to set up the film city in Noida and rolled out an open offer to film fraternity to come to Uttar Pradesh.

Ahead of his Mumbai visit recently, ruling Congress in Maharashtra had alleged a conspiracy to snatch away the film city to UP, and Chief Minister Uddhav Thackeray had vowed not to allow anybody to "forcibly" take away businesses.

In a letter addressed to Thackeray, IMPPA said they were "happy to note" that the Chief Minister had "vocally and clearly stated that Maharashtra is the birth place of the film industry."

"Mumbai is the heart of the Hindi film industry and nobody can take it anywhere because the industry consists of its people, which are producers, directors, artistes and other technicians are the ones who form the core of the industry.

"We can assure you that our members will definitely not lose out on opportunities made available to them by other states and countries but they will never shift their base," the IMPPA said in the letter.

The film body further asserted that Mumbai is the "heart and soul" of the industry.

"It is noteworthy that Mumbai produces majority of films in Hindi language which is the one language in the country which has kept Indians all over the world connected to each other due to the entertainment and drama provided to them by Hindi films which are the main source of saluting our culture and social fabric and keeping national integrity alive and intact.

"In the present economic scenario as the lockdown pandemic continues to wreak havoc, the birthplace of Hindi cinema is gradually becoming the graveyard and we have repeatedly pleaded that necessary steps need to be taken to save the Hindi film industry," IMPPA added.

It said that the Maharashtra government has a responsibility to ensure the film industry's survival.

"The Hindi film industry is also a business which needs to be nurtured and looked after and hence all benefits available to other industries have to be made available to films and entertainment industry if they are going to be a sustainable and viable proposition," the letter added.

During his visit, Adityanath met experts from Bollywood, including directors, producers and actors, to seek their suggestions for the upcoming film city in Noida which will be spread across 1,000 acres.