JNUSU President Aishe Ghosh was beaten up and severely injured. 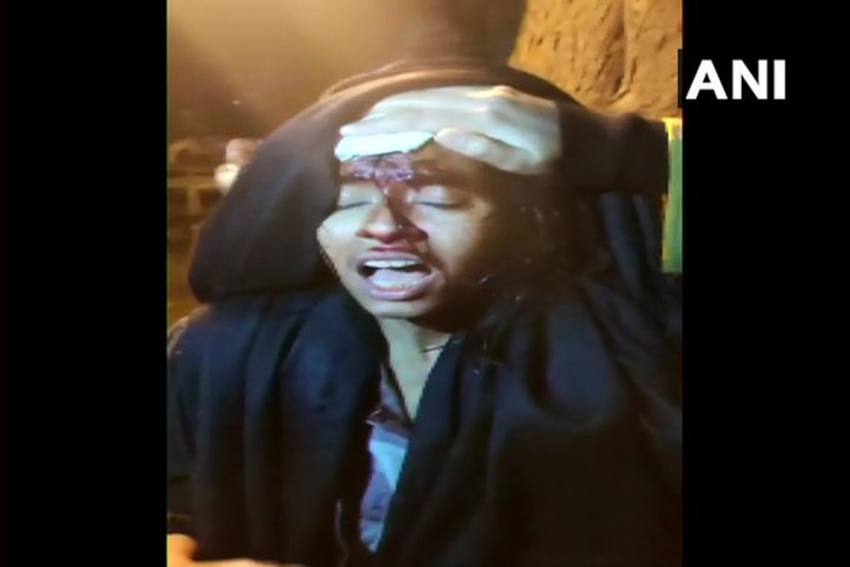 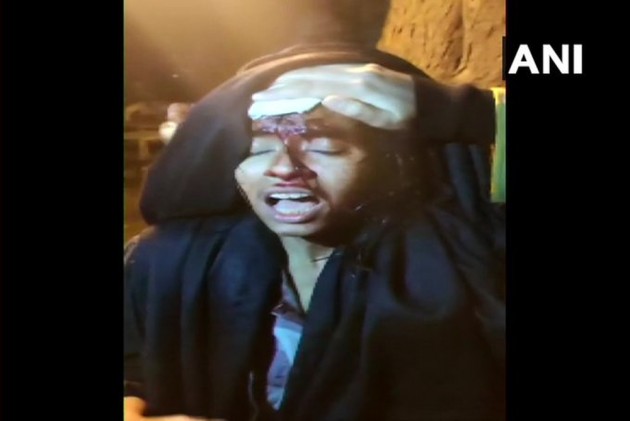 The situation in Jawaharlal Nehru University turned chaotic on Sunday evening a masked mob, armed with sticks and rods, entered the campus and beat students and teachers.

Several students and teachers, including JNUSU President Aishe Ghosh, were injured. They were rushed to the AIIMS.

Breaking: A group of people have reportedly entered the #JNU campus and attacked students and teachers, injuring several of them, including JNUSU President Aishe Ghosh.#JNUProtests

"I have been brutally attacked by goons wearing masks. I have been bleeding. I was brutally beaten up," Ghosh said.

The JNUSU claimed that "ABVP members wearing masks were moving around on the campus with lathis, rods and hammers", the PTI reported.

“Violators of university rules, who are trying to disrupt peaceful academic atmosphere of the campus, will not be spared. A complaint is being fied to book the culprits,” the JNU adminstration said in a statement.

A student, who was present in the campus at the time of violence, alleged, "ABVP members, in a planned manner, attacked the students who have been protesting for the past 70 days. They are roaming around the campus breaking things and beating up students."

"They have attacked JNUSU president, broken her head, and injured teachers as well. The police are complicit in this," he told Outlook.

He further said that some members of the ABVP had already clashed with few students earlier in the day. Later, when they attacked Ghosh, few students confronted them and then they called unknown 'goons' from outside.

He alleged that the police didn't come to rescue them. "We called the police several times but nobody responded."

He, however, said that the identity of those, who came from outside the campus to beat students, couldn't be confirmed. "They may be other ABVP members or some goons," he said.

The JNU administration in a statement said, "There is a law and order situation in the JNU campus. Masked miscreants armed with sticks are roaming around, damaging property and attacking people."

The administration said it called the police to maintain order.

Members of the Left-backed student outfits alleged that outsiders were allowed to enter the campus and they barged into hostels, including girls' hostels.

However, the Akhil Bharatiya Vidyarthi Parishad (ABVP) claimed that its members were brutally attacked by students affiliated to Left student organisations SFI, AISA and DSF.

"Around 25 students have been seriously injured in the attack and there is no information about whereabouts of 11 students. Many ABVP members are being attacked in hostels and the hostels are being vandalised by the Leftist goons," the ABVP said.

Hundreds of students from different universities staged a protest outside the old Delhi Police headquarters at ITO after violence broke out at the JNU.

Students from the JNU were joined by those from Delhi University and Jamia Millia Islamia.

Following the attack, Home Minister Amit Shah spoke to the Delhi Police Commissioner and ordered an inquiry into the violence.

The Human Resources Development Ministry, meanwhile, said that the "acts of violence and anarchy" will not be tolerated. The statement came soon after the ministry sought a report from the JNU Registrar.

The Ministry termed the violence in the JNU campus “unfortunate and highly condemnable”.