Azad Singh was removed from the post of Mehrauli district president and a committee was formed to probe the incident on the direction of Delhi BJP president Manoj Tiwari, party general secretary Rajesh Bhatia said. 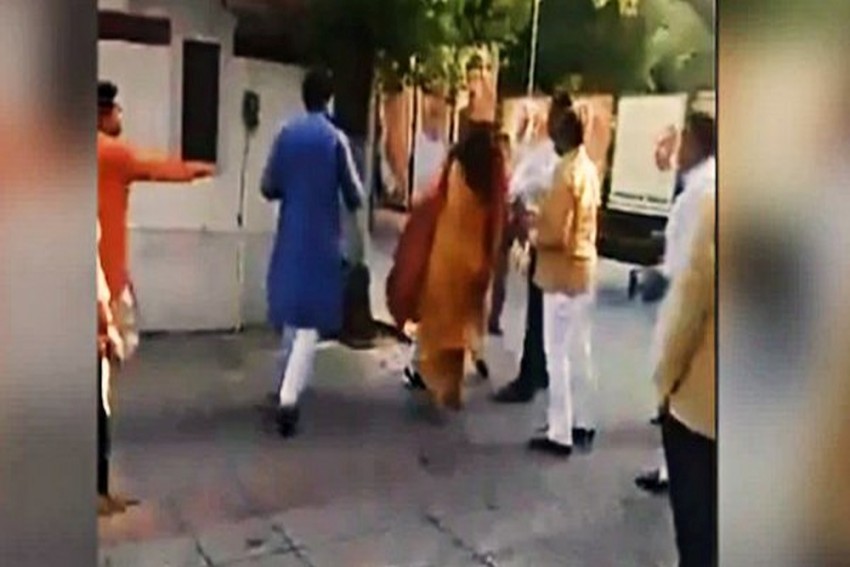 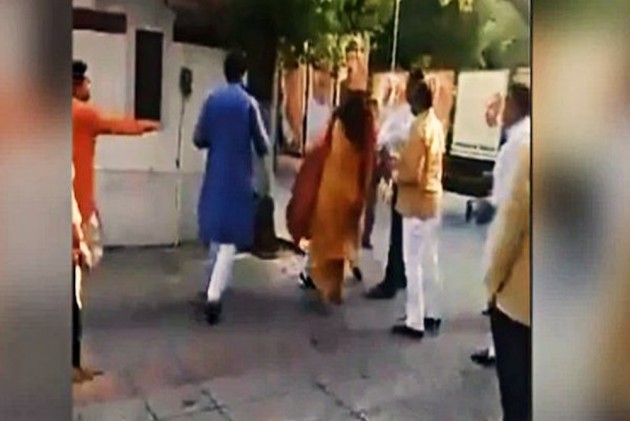 In an embarrassment to the BJP, its Mehrauli district chief Azad Singh on Thursday allegedly assaulted his wife, an ex-South Delhi mayor, at the party's Delhi office, right after a poll-preparedness meeting with senior leader Prakash Javadekar, sources said.

Delhi BJP leader Azad Singh slapped his wife in front of state party office. His wife Sarita Chaudhary was former mayor of South Delhi and BJP member. If he can slap her in front of several people in front of party office and Mr Javedkar. @SwatiJaiHind @SanjayTripathi_ pic.twitter.com/Cxsk5gADRE

Party leaders said the two have been involved in a marital discord and Singh has filed for divorce from his wife.

The fight broke out as soon as they came out of the meeting called by Javadekar, who is in-charge of Delhi BJP for Assembly polls, at the party office on Pant Marg, a senior leader said.

"The duo are involved in a marital discard for many years. It was, however, not expected that they will fight like this openly," he said.

Singh was removed from the post of Mehrauli district president and a committee was formed to probe the incident on the direction of Delhi BJP president Manoj Tiwari, party general secretary Rajesh Bhatia said.

"Singh has a dispute with his wife and former South Delhi mayor Sarita Chaudhary. He indulged in a fight with her. Javadekar was present in the party office at the time of the incident," said a Delhi BJP leader, who witnessed the incident.

While Chaudhary was not available for immediate reaction, Singh said he has filed for a divorce from his wife.

"She first abused me and attacked me so I pushed her in self-defence," Singh said.

When she was called for her version, a person who picked Chaudhary 's phone claimed that she was visiting a doctor. A video clip of the incident circulated on social media.

A Delhi Police officer said, "We have not received any complaint from anyone involved in the said incident. Appropriate action will be taken if a complaint is given to us."

The party leadership took a strong view of the incident and immediate action was taken against Singh, a BJP leader said.

In an order issued on the behalf of Delhi BJP chief Manoj Tiwari, Singh was removed from the post of Mehrauli unit president with immediate effect.

Another leader, Vikas Tanwar, was appointed as working president of the district.

Javadekar and his co-incharges -- Union ministers Hardeep Singh Puri and Nityanand Rai -- have been taking meetings of office-bearers of the party's 14 district units in run-up to the Assembly polls scheduled early next year.