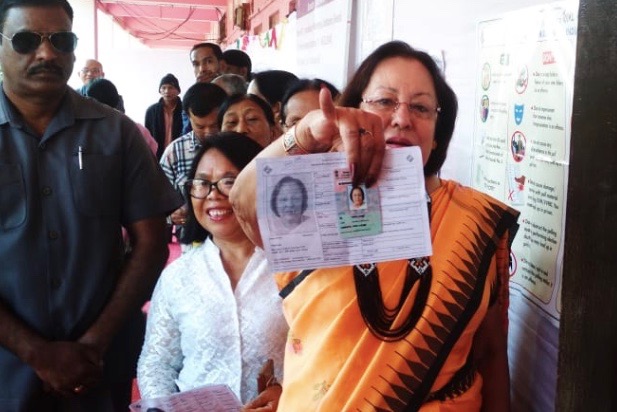 Voters, some of who had lined up even before the polling stations opened at 7 a.m., were not amused.

Some pointed out that many other politicians had stood patiently in queues along with the general people.

Heptulla's name is registered in the Sagolband Assembly constituency under which the Raj Bhavan falls.

Cast my vote this morning in the Inner Manipur Parliamentary Constituency Election, 2019 at Polling Station No. 11/34 - Tamphasana Girls’ Higher Secondary School. Your vote is your voice and is a right. Don’t forget to vote today. I appeal all to vote in record numbers. pic.twitter.com/V6S0jRyVtV

"I am very happy to exercise the franchise... I urge all voters to vote to choose their MPs who will champion their cause," she told the media later.

There are 9.28 lakh eligible voters and 11 candidates in this phase. Polling in the Outer Manipur constituency was held on April 11.