An Alliance Air flight bound for Hyderabad from Nashik was delayed due to a bomb threat call received shortly before its take-off on Saturday, officials said 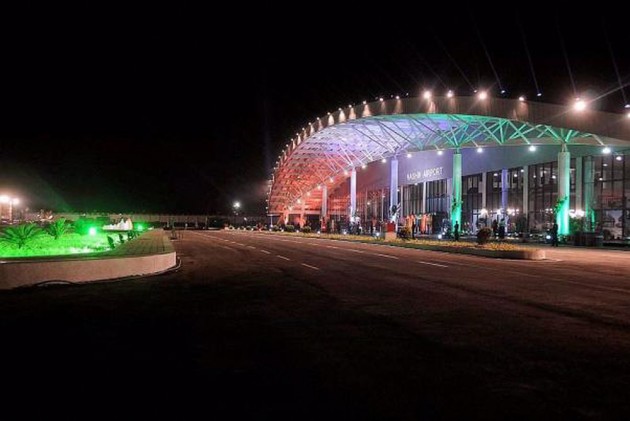 An Alliance Air flight bound for Hyderabad from Nashik was delayed due to a bomb threat call received shortly before its take-off, which later turned out to be a hoax, police said on Sunday.

The incident took place Saturday evening. The police have arrested the caller who allegedly made the hoax call after failing to get a seat on the flight.

The flight was scheduled to take-off at 8.25 pm on Saturday from the Nashik airport in Maharashtra.

About 20 minutes before the scheduled take-off, the Nashik rural police control room received a call that a bomb was planted in the plane, an official from Dindori police station said.

As a result, the passengers were deplaned.

A police team and the Bomb Detection and Disposal Squad (BDDS) rushed there and checked the plane, but no bomb or any other suspicious object was found, the official said.

The flight later left for its destination in the wee hours of Sunday, he said.

The police arrested a person, identified as Pabbinedi Viresh Venkat Narayan Murthy (33), an engineer from Kakinada, in Andhra Pradesh, who had booked a ticket with the airline to go to Hyderabad.

As his ticket PNR status was not updated, he reached the airport where the staff of the airline told him to get another ticket.

The accused, who wanted to go home urgently to meet his pregnant wife, then had an argument with the airline's staff, the police official said.

He later left the airport and made the bomb threat phone call to the Nashik rural police control room as he was upset with the airline, the official said.

The police checked the airport's CCTV footage wherein they the accused was seen in conversation with the airline's staff.

The police later tracked him through his mobile phone and arrested him from Nashik city, the official said.

A case was registered against the accused under relevant sections of the Indian Penal Code, he added.