In Udhhav, Maharashtra Gets First CM From Thackeray Family; 6 Ministers Sworn In 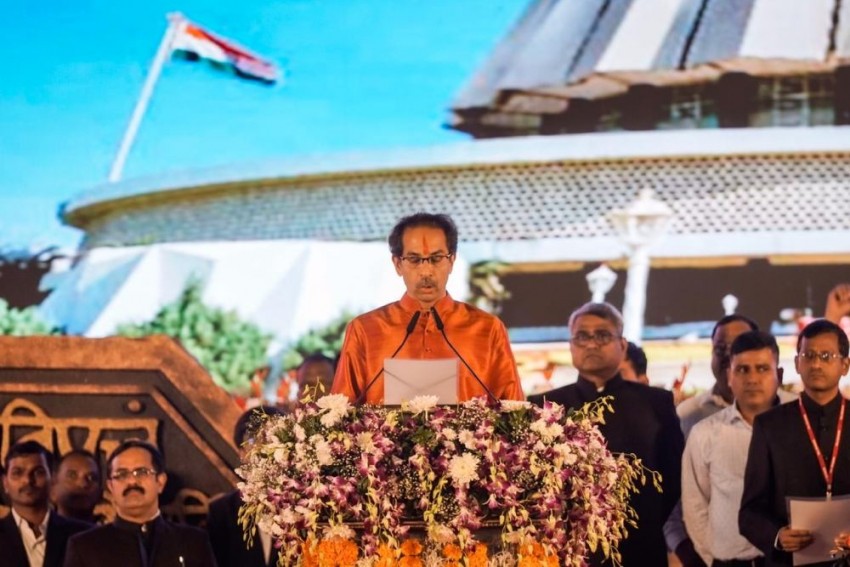 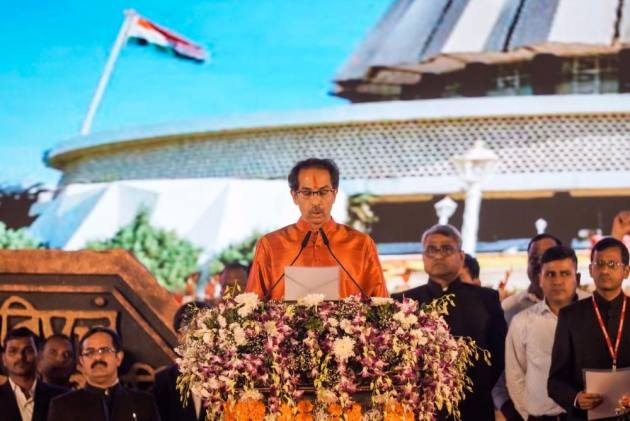 Thackeray is the first in his family to be sworn-in as Chief Minister. Governor Bhagat Singh Koshyari administered the oath to Thackeray.

Against the backdrop of a theme depicting the historic 'Shivrajyabhishek' - the crowning of Shivaji Maharaj- and a large picture of Maharashtra Legislature building, Governor B.S. Koshyari administered the oath to Thackeray at 6:40 pm.

Under the aegis of veteran Bollywood art director Nitin Desai, an army of around 1,000 workmen and designers has been working since Wednesday evening to ensure the 'Shivrajyabhishek' set and a massive stage measuring around 8,000 sq. feet with a seating capacity of around 300.

With the swearing-in of 59-year-old Thackeray, the state has a chief minister from the Sena after 20 years.

The last Sena man to occupy the chief minister's chair was Narayan Rane in 1999, after Manohar Joshi, who in 1995 became the first CM from the party.

The swearing-in ceremony follows days of dramatic political developments, which included a four-day government formed by unexpected support from NCP leader Ajit Pawar, who has since returned to the Sharad Pawar-led party fold.

The Sena, along with the NCP and Congress constituted the 'Maha Vikas Aghadi' to form a non-BJP government in the state.