Finance Minister Nirmala Sitharaman announced a slew of measures to reform the banking sector, including the merger of several Public Sector Banks. 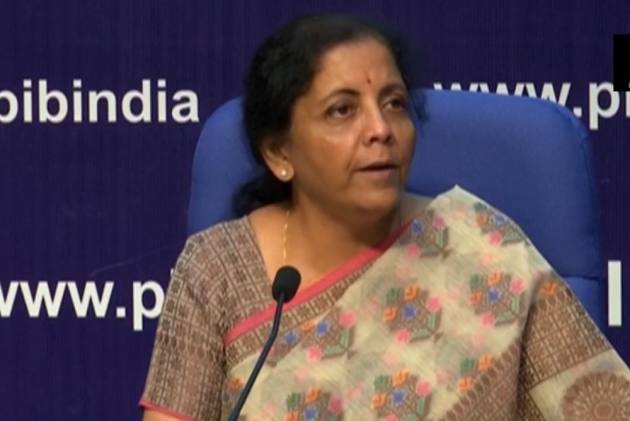 Finance Minister Nirmala Sitharaman on Friday announced major banking reforms and mega consolidation of public sector banks. After the merger, the number of PSBs has come down to 12 from 27.

Earlier today, Sitharaman held a meeting with chief executives of 10 state-run banks, which are seen as top contenders for the merger.

Here Are The Updates:

4:47pm: The effectiveness of non-official directors will be enhanced, says Sitharaman.

4:44pm:  PSB Boards will be given the mandate to reduce or rationalise Board Committees, says Sitharaman.

4:36pm: Indian Bank and Allahabad Bank to be merged, forming 7th largest PSB with a business of Rs 8.08 lakh crore.

4:35pm: Union Bank of India, Andhra Bank and Corporation Bank merger announced. It will be the 5th largest PSB with business of Rs 14.59 lakh crore.

4:30pm: Punjab National Bank, Oriental Bank of Commerce and United Bank to be consolidated, says Sitharaman. It will be the second-largest Public Sector Bank.

4:27pm: There has been a robust CASA growth and the profitability has increased, says Sitharaman.

4:24pm: Consolidation of Bank of Baroda has resulted in good outcome, says Sitharaman.

4:23pm: Gross recovery of NPAs has come down, says Sitharaman.

4:22pm: There is no government interference in commercial decisions of banks, says Sitharaman.

4:20pm: We are going to get back the fugitives back from whereever they are to make sure they face the land of the law, says the finance minister.

4:15pm: Reform in the banking sector is top on agenda today, says Sitharaman

3:04pm: Stating that consumption needs to be given a push, Nirmala Sitharaman on Thursday said the Centre will announce two more big steps in the coming days to give momentum to industry. The government has decided to increase spending and has announced a slew of measures to arrest the sluggishness in the automobile market, she said.